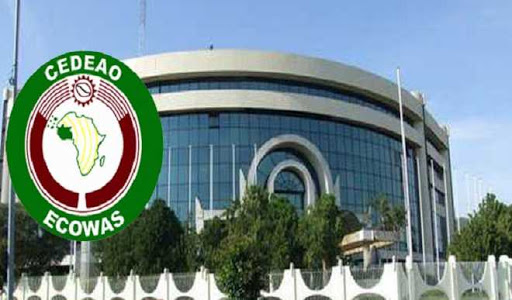 The ECOWAS community court of justice has granted an out-of-court settlement application for a case involving the federal government and nine victims of the Nigerian civil war.
In 2012, hundreds of mine victims of the war approached the ECOWAS court, asking for an order for the removal of remnants of war instruments stockpiled in 11 states of the south-east, south-south and part of the north-central.
The instruments were said to include live bombs, abandoned unexploded ordnances (AXO), unexploded ordnances (UXO) and the explosive remnant of war (ERW).
The victims also asked the court to compel the government to rehabilitate the areas and compensate them for the damages.
On October 24, counsel to both parties filed an application for out-of-court settlement, on the ground that they had reached agreeable terms.
At its sitting on Monday, the court granted the application, ordering the parties to abide by the terms of the settlement.
Part of the terms of the settlement obtained by TheCable stipulates that the federal government “undertakes to pay, without delay, compensation in the summer of N50 billion in full and final sum to the victims, their families and communities as contained in Schedule 4(1) to this terms of settlement”.
“That FG undetakes to the pay of undertakes to lay a total sum of N38 billion as contained in schedule 4(2) to this terms of settlement for the purposes of carrying out total demining and destruction, rebuilding of public buildings, mine centre activities, construction of class rooms, provision of prosthetics and all other activities enumerated thereunder,” the court ruled.
“That the federal government undertakes to complete the demining and deconstruction of landmines and bombs in the Nigeria civil war affected states of south-east, south-south and part of the north-central of Nigeria covering eleven states as contained in schedule 1 to this terms of settlement.
“That the federal government undertakes to mobilise the 4th and 5th respondents back to work to complete the final phase of the ongoing removal and destruction of post-war lethal materials, the 4th and 5th respondents having satisfactorily carried out the first phase of the contract.”
The terms of settlement, which was signed on behalf of applicants, by Noel Chukwukadibia, gave the federal government “a reasonable time not exceeding 45 days from the day of his judgement.”
Earlier while granting the application, Nwoke Chijioke, the presiding judge, commended the parties for reaching an out-of-court settlement, saying such means usually “saves time provided all interest are represented”.
“The report of settlement was filed on October 24th, 2017 and signed by counsel to all the parties. The applicant’s counsel applied that the said terms of settlement be adopted by the court in its judgement. The application was supported by counsel to the defendants,” he said.
“The terms of settlement filed on 24th October, 2017 is hereby adopted as the judgement of this court in terms and conditions set out in the terms of settlement.”
Court documents obtained by TheCable show there are 302 affected locations across 10 states where the instruments are buried.
The states are Benue, Enugu, Abia, Cross River, Ebonyi and Delta, Akwa Ibom, Rivers, Anambra and Imo states.
Source: thecable

Nnamdi kanu is a wise man,he made a fool of the n/army,his strategy is amazing-UK