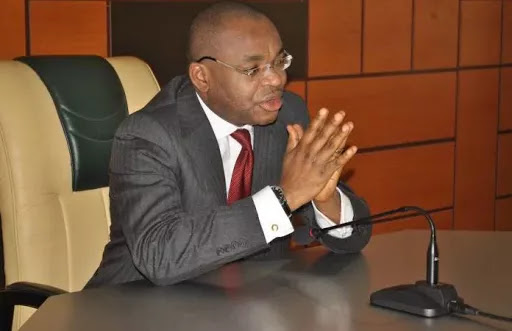 Akwa Ibom Governor, Udom Emmanuel, on Thursday lamented that the Buhari government was starving his state of funds.
The governor protested at the Uyo Township Stadium during the presentation of flags to the 31 PDP chairmanship candidates for the December 2 council polls.
He lamented that despite being the highest producer of oil in Nigeria, Akwa Ibom was still being cheated by the All Progressives Congress (APC) government in the oil revenue sharing.
“We are standing here as the highest oil producer in the country, but we have not seen anything from the government at the centre”, Emmanuel said,
“Today, oil price has gone over $61 per barrel. Last month, the allocation they gave to Akwa Ibom State was lower than what they gave to us a month before now. How can you explain that?
“It is only PDP that can ensure fairness, justice and equity in the country,”
On the forthcoming election, Emmanuel said the PDP will only accept valid results released by the state electoral commission.
He, however, appealed to members of the party to be peaceful during the conduct of congresses and avoid violence during the council polls.