The United Nations has commended the Ohanaeze, apex Igbo socio-cultural group on the role it played in stemming the tide of agitations threatening Nigeria’s unity.
The UN said it was worried about developments in Nigeria, particularly in the South-east but however noted that it stood for a united Nigeria where human rights are respected and not trampled upon.
A report on Vanguard noted that UN Delegates led by Mohamed Ibn Chambas a special representative of Secretary General of UN, Antonio Guterres, on Thursday in Enugu met with the leadership of Ohanaeze Ndigbo led by its President-General, Nnia Nwodo.
The meeting delved into issues of agitation for a Biafra republic and how to strengthen the unity of Nigeria.
Other chieftains of Ohanaeze at the meeting includes Deputy President-General and former deputy governor of Ebonyi State, Chigozie Ogbu; Enugu State President of Ohanaeze, Alex Ogbonnia among others, the report says.
“Few months ago, we were all getting a bit worried with events and developments in the South-east of Nigeria but thanks to their leadership (Ohanaeze) and their initiatives, they were able to bring together the chiefs and the political leaders and governors and respected persons of South-east and through this intervention, we now see that calm is restored and all are working to advance the one Nigeria agenda.
“The Secretary General believes in this one Nigeria project because he had always said that a united peaceful Nigeria is not only for the people of Nigeria, but indeed for the people of West Africa and for all of Africa. We know the strength the people of South-east bring to Nigeria and to the sub region. There is hardly a single country in West Africa where you will not find enterprising persons from the South-East who are in their own rights economic ambassadors of the Federal Republic of Nigeria.
“So our simple message is to encourage the leaders, the elders of the South-east to continue to endeavour to seek ways in which they can work with all other parts of the federation and to strengthen the unity of this country and through a constructive approach to seek dialogue to redress whatever short coming there may be”, Mr. Chambas was quoted as saying.
Mr. Nwodo in his remark described the outcome of 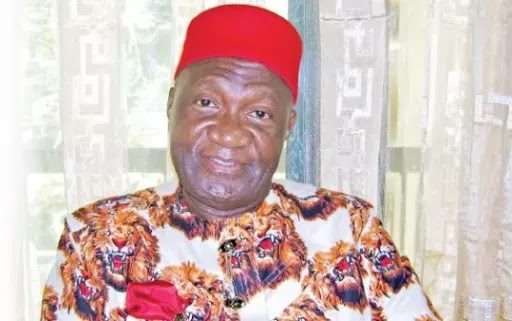 the meeting as a fruitful.
“On July 12, 2017, Ohanaeze wrote to the Secretary General of the United Nations about the security infrastructure in Nigeria, particularly as it affects to Ndigbo, which the UN on October 10 responded to the letter, indicating that it will send its representative for West Africa and the Sahel.
“We had very fruitful and frank discussions with Ambassador Chambas. He has assured us that the United Nations represents prevention of conflicts, represents promotion of development in a manner that improves quality of life and prevents resort to conflicts and protects human rights.”