Some voters who turned out to cast their votes for the Enugu State Local Government Election, on Saturday in Enugu, angrily left the polling units due to late arrival of voting materials.
According to reports, that some party agents pleaded with voters not to be discouraged as the exercise would soon commence.
At Igbariam Primary School and Emmanuel Church polling units, Achara Layout, in Enugu South, Umuchigbo Nike Ward 1 in Enugu East, Enugu North Ward 11, some of the voters left the venue after waiting for over three hours.
Some of the voters, who expressed disgust over the situation, wondered why ENSIEC should fix election when they were not ready for the exercise. 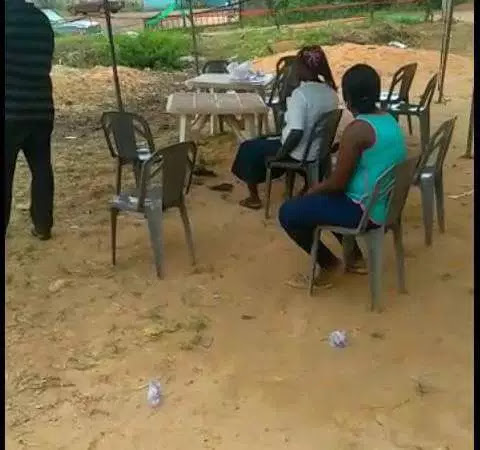 Mrs Stella Agbo of Awgu Ward 1, said she came out as early as 8a.m. to cast her vote and once it is 1p.m. she would go home, if there was no improvement.
In the same vein, Mr Kingsley Ogbonna from Ugwuleshi Awgu said he would go home if there was no sign of arrival of materials.
The Collation Officer for Achara Layout, Mr Paschal Obi, however, appealed to voters to exercise patience as ENSIEC was doing its best to remedy the situation.

Facebook Comments
Loading...
Related Items
← Previous Story Breaking: Bomb Explosion at Coal Camp Area Of Enugwu State Biafra land As People Came Out to Vote For the Chairmanship Election
Next Story → Ghen Ghen!!! Avengers are playing with us, this time around we are going to their Creeks and waterways to wipeout Niger Delta Avengers – Nigeria Soldiers Brags