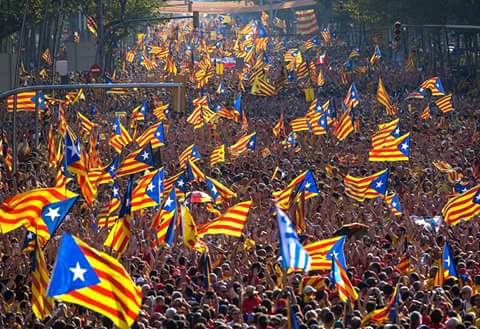 Abuja – The Federal Government on Friday urged Spanish Government to embrace dialogue and reach peaceful solution with Catalonia following its recent declaration of independence.
In a statement signed by Mr Tope Elias-Fatile, the Spokesperson, Ministry of Foreign Affairs, government noted that the need to embrace dialogue was in the interest of peaceful coexistence between both parties. He stated that government had “watched with keen interest” recent developments in Spain and encouraged parties to act within the framework of the constitution.
“We are confident in the ability of the Spanish Government and its institutions to resolve the issue amicably and secure the unity and territorial integrity of Spain.” In November 2015, Catalan lawmakers approved a plan for secession from Spain by 2017 with a majority vote. The plan was suspended by Spanish Constitutional Court, but the Catalan Government insisted that it would go ahead with the plan despite the suspension.
The Catalan Government in June 2017 announced that an independence referendum would be held on Oct. 1. Spanish courts, however, declared the referendum illegal, and the Public Prosecutor’s Office of Catalonia ordered the seizure of equipment related to the referendum. The Catalan Government, however, went ahead with the independence referendum on Oct. 1, which was reportedly controversial. On Oct. 10, Catalonia’s Regional President, Carles Puigdemont, signed a declaration of independence and the parliament voted to declare independence on Oct. 22. In response, Spanish Prime Minister Mariano Rajoy dismissed the Executive Council of Catalonia, dissolved the Parliament of Catalonia and called for regional election on Dec. 21. (NAN)
Source vanguard

Breaking: Bomb Explosion at Coal Camp Area Of Enugwu State Biafra land As People Came Out to Vote For the Chairmanship Election