Home / News / You haven’t negotiated with Biafra Agitators and you are urging Spanish to Negotiate with Catalonia, What A Shame Of You and your Government – Femi Fani Kayode Blasts Buhari

You haven’t negotiated with Biafra Agitators and you are urging Spanish to Negotiate with Catalonia, What A Shame Of You and your Government – Femi Fani Kayode Blasts Buhari 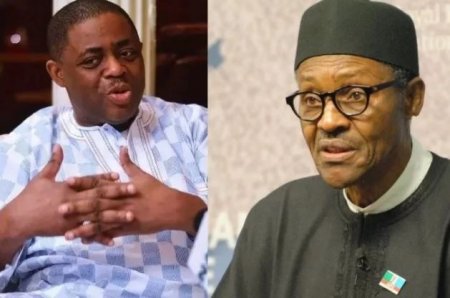 Former Minister of Aviation, Femi Fani-Kayode has lambasted the administration of President Muhammadu Buhari for urging Spain to negotiate with Catalonia for independence.
.
The federal government, in a statement on Friday, through Tope Elias-Fatile, spokesman for the ministry of foreign affairs, said a constitutional solution was the way forward to broker peace between both sides.
The Nigerian government urged its Spanish counterpart to dialogue with Catalonia, as tensions rise over the region’s attempt to secure independence.
But the PDP cheiftain in a series of tweets on Saturday said he wonders why they refused to do same with the Biafrans.
“The @MBuhari govt. has urged Spain to enter into dialogue with Catalonia.
“One wonders why they refused to do the same with the Biafrans.
“This is a rotten and corrupt govt. of confusion and double standards.
“They kill and persecute their enemies and protect their friends”.

Facebook Comments
Loading...
Related Items
← Previous Story Biafra: We’re Going With All Our Brothers, No Part Of Biafra Republic Would Be Left Behind For Any Reason – IPOB Declares
Next Story → Former Head of State, Abubakar breaks silence on Biafra agitation