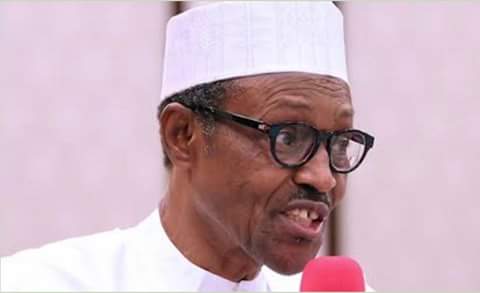 PRESIDENT Muhammadu Buhari yesterday said his administration has started addressing the issues behind the recent calls for restructuring of the country following the Biafra agitation.
He stated this while endorsing autonomy for local government describing it as a tier of government critical to his administration’s anti-corruption crusade.
Mr. Buhari described the recent passage of the Local Government Autonomy Bill by the National Assembly as an indication that his administration had gradually begun the country’s restructuring.
“The good news is that the disposition of the National Assembly in granting autonomy to this very important tier of government is an indication that we have started already to address the question of restructuring which many Nigerians appear to be clamouring for,” Mr Buhari who was represented by the Permanent Secretary, Ecological Fund, in the office of the Secretary to the Government of the Federation (SGF), Dr Habiba Lawal, said while speaking in Abuja at a national workshop on anti-corruption, organised by the Association of Local Governments of Nigeria (ALGON) and the Nigeria Union of Local Government Employees (NULGE).
“Apparently, it is corruption that led to the relegation of the local government to the grips of the state government over the years thereby distorting and demeaning the real status of our federalism with regards to devolving governance. A once vibrant tier of government, which occasioned development at the grassroots, has gone into oblivion due to obvious reasons.
“I and my team are waiting patiently to receive the reports from the state Houses of Assembly so as to do the needful in the event that the current proposal for the review of the 1999 Constitution (as amended ) come to us for consideration and assent.
“The workshop and its theme couldn’t have come at a better time than now considering that Nigerians have spoken (through the National Assembly) in favour of local government autonomy and must be eagerly anticipating an autonomous third tier of government.
“Corruption in Nigeria as you all know is as visible as the nose on our faces. The dire consequences of corruption have led ultimately to what characterizes underdevelopment in Nigeria, especially at the grassroots in particular and the sub-Sahara Africa at large. It involves every tribe , section or sector of the nation, including every tier and organ of government.
“So far the experience has been daunting and the outcome quite revealing,” he noted, adding that “despite significant success recorded in recovering severally billions, corruption is fighting back even harder than we envisaged”.
He urged workers at the grassroots to support his administration in fighting against corruption, just as he acknowledged the role of whistle blowers in the anti-corruption war
Buhari said “individuals must be seen to be morally upright. Families must be willing to expose even their relatives found to be involved in corrupt practices”.
The National President of the Nigeria Union of Local Government Employees, Ibrahim Khaleel, said the critical position of local government in our federal system presupposes that the development or otherwise of our country depends largely on the performance of that tier of government
He added: “Sadly, the evidence of corruption in Nigeria, particularly at the local government level, appears to be eternal and its lingering effect has continuously bedevilled development at that tier of government which represents the people.”