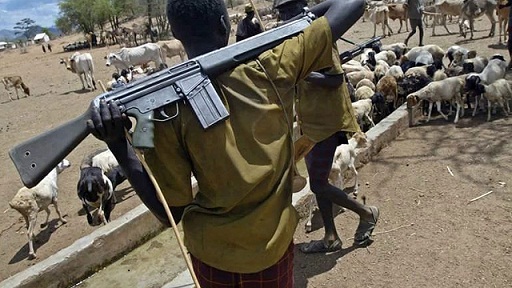 Herdsmen attacks in the government reservation area bordering Dekina and Omala Local Councils in the Eastern Senatorial district of Kogi State has claimed one life.
It was learnt on Saturday, that the late Yahaya Amodu, a timber merchant in company of six other labourers went to reservation area on Thursday to fetch timbers that have already been cut preparatory to be transported home.
Luck however, ran out of him, when herdsmen who were on retaliatory mission meters away to the location opened fire on them and he was killed.
Eyewitness account has it that he was going ahead of others and immediately he was shot, others scampered into the bush for safety.
The source who narrated the incident explained that fears and tension couldn’t allow the people of the community to look for his corpse until three days after.
The victim, late Amodu Yahaya, a resident of Ajejima in Opada/Ofejiji ward, Omala Local government has been buried according to Islamic rites.
Meanwhile, the people of Agabifo, Agbenema and Ajejima have deserted their communities and are currently taking cover at Abejukolo, the headquarters of Omala local government area for fear of attacks.
It was rumoured among those communities that herdsmen were camping in their numbers in a nearby forest in retaliatory attack on those communities which they believed killed two of their people and 20 cows about two weeks ago.
A local farmer who spoke under anonymity said:. “We have all relocated to Abejukolo because we heard that Fulani herdsmen have camped in the timber forest and were planning to attack us”, he said.
Effort to speak with Special Adviser on Security Matters to the Caretaker Chairman of Omala Local Government Area, Mr. Stephen Shaibu did not yield results as his two lines were switched off.
Also, the Caretaker Chairman’s phone line, Mr. Ibrahim Aboh was unavailable as at the time of this report.

Must Read : Sergeant kills self, army captain, four others in Chibok

Anambra Election Has Been Fixed, IPOB Can’t Stop It – Police