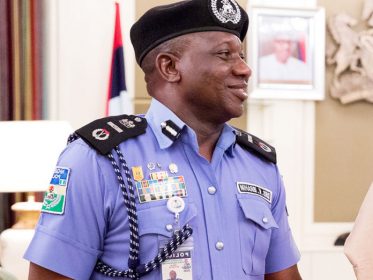 Igbo spiritual leader, Chief Rommy Ezeonwuka (Ogilisi Igbo) has called on Inspector General of Police, Ibrahim Idris, not to disarm community vigilance groups established for security purposes in various communities in Anambra State. He urged Idris to allow them continue to use modern weapons for effective results.Idris had, last week, ordered Anambra Police Command to recover illegal arms in the state within 21 days, following which Commissioner of Police Garba Umar set up a nine-man member committee headed by Baba Maiyaki, an assistant commissioner of police for the exercise.

Ezeonwuka, in a statement at the weekend, said vigilance groups established by the communities, to operate under the supervision of the Divisional Police Headquarters, town unions and tradition rulers should be allowed to make use of Pump Actions, to enable them work effectively in protecting the people against armed robbers and kidnappers.“The order by the police boss to mop up illegal firearms in Anambra is a security measure which is acceptable to all and I commend the IGP for that but, the issue of restricting local vigilance groups to the use of only double barrel guns is not enough, considering the fact that armed robbers, kidnappers and trigger-hungry herdsmen parade with highly sophisticated weapons.”The Ogirisi Igbo said double barrel guns are meant for hunters of grass cutters and antelopes and not for dare devil robbers and heavily armed criminals, noting that the use of double barrel guns would make the communities extremely vulnerable to armed criminals.He called on the police boss to device more efficient means to supervise and checkmate the operation of the vigilance groups, insisting that community policing requires better weapons than double barrel guns.

“I don’t know the report the IGP has on his table, however, my position is that the vigilante boys have to be allowed to make use of Pump Action guns for the purpose of community policing. As a resident, I can attest to the fact that security situation in Anambra State improved remarkably when the vigilance groups started making use of proper guns and the result are there for everyone to see“I commend the IGP for his concern on the security of lives and property in Anambra State in particular and Nigeria in general, however if he has any report of excesses rising from the operation of these groups in Anambra, let there be measures to checkmate such, instead of restricting them to the use of double barrel guns against highly sophisticated criminals,” he said.

BIAFRA : POEM ; THE RAPE OF A DREAM