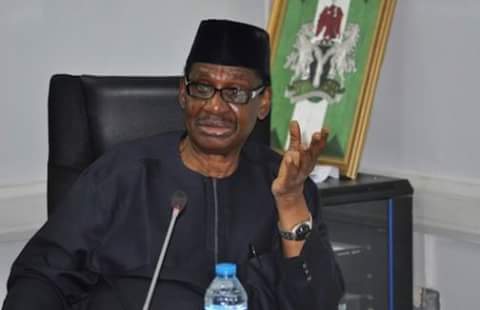 Presidential Advisory Committee Against Corruption (PACAC) chairman Prof Itse Sagay (SAN) on Sunday said the law allows Nigerians to defend themselves from being massacred.
He backed the advice by a former Minister of Defence and an elder statesman, Lt. Gen. Theophilus  Danjuma (rtd.) that Nigerians should defend themselves against killers.
Sagay urged the Federal Government to investigate Danjuma’s allegations that the armed forces were not neutral.
According to him, the allegation that the armed forces guide the bandits to kill people and cover them up were “serious”.
Sagay said: “General Danjuma did not say that the military is incapable. But he accused them of bias and not protecting the people deliberately. That’s a very, very serious accusation.

“And this is coming from such a senior man in Nigeria’s military – probably apart from former General Olusegun Obasanjo and General Yakubu Gowon, he (Dajuma) is the most senior former military officer we have – and he’s a man who has tremendous influence.
“He has held important positions – chief of staff, minister of defence – so, he won’t speak lightly. So, his allegation needs to be investigated.
Asked whether resort to self-defence by Nigerians would not result in anarchy, he said: “That’s an interesting point. It’s a point I’ve always made myself. It’s not an illegal measure for Nigerians to defend themselves. If you look at our criminal law, there is the principle of self-defence.
“If someone attacks you, and you feel endangered, and you defend yourself, and in the process you kill the person, the fact that you were defending yourself is a complete defence to any charge. The right already exists.
“So, I think what General Danjuma is saying is that instead of each individual exercising that right, they should begin to exercise it collectively in their communities. I think that’s reasonable too.

“There is breakdown of law and order if you’re in your house and someone comes and kills you. I think there will be less danger of breakdown of law and order if that person knows that the next time he comes to your house, all your neighbours would gather and stop him.
“So, I think it’s worse for people to lie down complacently doing nothing while they’re being massacred,” Sagay said.

Innocent Man Awarded $1 Million After Spending 31 Years In Prison The award was described as “bittersweet” by his attorney.