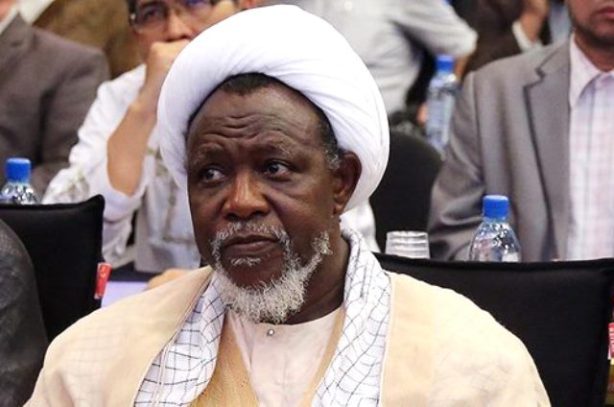 The newly elected President of the International Criminal Court, ICC, Nigerian-Born Chile Eboe-Osuji is scheduled to meet with Nigeria’s Attorney General/Minister of Justice, Mr Abubakar Malami Over Sheik Ibrahim Zakzaky, leader of Islamic Movement of Nigeria.
The president, LeadersNG gathered, will be meeting with Nigerian Attorney-General over Sheik Ibrahim Zakzaky who has been arbitrarily detained by the Nigerian Government for over 2 years against a valid court that says he should be released and rehabilitated.
You would recall that the Nigerian Army had on December 12th 2015 launched a coordinated attack against the Islamic Movement of Nigeria, killing women and children.
The leader of IMN, Sheik Ibrahim Zakzaky was arrested and whisked to the Nation’s capital Abuja.

A commission of Inquiry was set up to investigate the matter and it was discovered that over 347 meme era of Islamic Movement of Nigeria were killed with some buried alive in mass graves.
Amnesty International had in a report, gave a detailed account of the Nigerian military’s massacre of Shiite Muslims in Zaria between December 12th and 14th, 2015.
The organization provided evidence not only that the military used excessive force against civilians, killing more than 350 people, but that Nigerian troops went to great lengths to cover up these crimes.
In its damning report, Amnesty International said, “the Nigerian Army has provided no evidence to substantiate its claim that IMN protesters attempted to assassinate the Chief of Army Staff or shot at his convoy, or that the protesters’ action warranted the degree of force used against them.”

Amnesty International went further to provide images depicting before and after photos of Shiite sites of worship destroyed under the order of the Nigerian military.
The organization also provided images of suspected mass graves where the military reportedly hid the bodies of the victims of their carnage.
Amnesty International disclosed that it “has identified the location of one possible mass grave in the Mando area near the city of Kaduna, where Amnesty International found a large area churned up by differs, with dried-up large vehicle tracks still visible at the time of the visit.”
Satellite images provided by Amnesty International show important Shiite religious sites or property belonging to the IMN leader, Sheikh Ibrahim Zakzaky, being demolished.
According to the report, “after the incident, the military meticulously destroyed most of the evidence at the scenes of the clashes.
Soldiers sealed the areas around Ibrahim al-Zakzaky’s compound and around the Hussainiya in the afternoon of 12 December 2015 and for several days afterward.”
Amnesty International investigators found “that Ibrahim al-Zakzaky’s compound had been razed to the ground and the rubble removed, bloodstains washed off, and bullets and spent cartridge removed from the streets…several other sites belonging to the IMN in Zaria, including the Hussainiya, a recently created cemetery, a shrine dedicated to Ibrahim Al-Zakzaky’s mother, a media/film production center, and a research center, were also completely or partially destroyed in the days following the incident.”
The Amnesty International report provided recommendations to various Nigerian institutions and authorities, including the Kaduna State government and the Federal Government. To the Kaduna State government, it is recommended that it “ensure that the Judicial Commission of Inquiry into the Zaria events…be impartial and thorough.”

It also urged the government to ensure that the “Commission has the necessary means to carry out its investigation unhindered and the necessary powers to summon and compel the relevant civil and military authorities to cooperate fully.”
Amnesty International recommended that the Federal Government “ensure that those suspected of being criminally responsible are held accountable through fair trials…and that families and dependents of the victims of extrajudicial executions and other unlawful killings are entitled to obtain fair and adequate reparation from the state, including financial compensation.”
A pro-Democracy group, Concerned Nigerians have in the last 84 days holding a daily sit-out at the Unity Fountain, calling for the unconditional release of Sheik Zakzaky and his wife.

Buhari's end will be worse than King Pharaoh's in 2019, says Fani-Kayode