BBOG: Nigerians must demand their rights from Buhari-Tunde Bakare

Founder of Latter Rain Assembly, Pastor
Tunde Bakare, speaking at a Bring Back
Our Girls (BBOG) lecture, has called on
President Muhammadu Buhari to deliver
on the promises he made to Nigerians in
2015, insisting that it is constitutionally
necessary for citizens to demand for their
rights.
Bakare also accused the Federal
Government of failing to appoint women
into sensitive position of authority,
advising the President to protect citizens,
and especially the girl child faced with
genital mutilation, trafficking and slavery,
early marriage, unequal access to
education, economic empowerment, and
aspirations.
Bakare, stating this at the 2nd annual
lecture of the ‘Bring Back Our Girls
campaign’ themed: ‘Towards a just and
good society: Renewing our commitment
to the girl child,’ Saturday in Abuja,
insisted that, unless the government
began to prioritize girl child education and
freedom, the country may not achieve its
full potential.

The BBOG is an activist campaign
founded by former Education Minister, Dr.
Oby Ezekwesili, demanding the release of
the remaining 112 girls abducted by terror
group Boko Haram in Government Girls
College, Chibok, Borno State four years
ago.
Bakare, who was a Vice Presidential
running mate to President Muhammadu
Buhari in 2011 under the platform of the
defunct Action Congress Nigeria (ACN),
stated that “the fact that the Dapchi
episode happened four years after the
Chibok incident and one year to elections,
just as it was in the Chibok case, is
evidence of an alarming national malady.
“There is something wrong when a nation
is twice bitten yet never shy with respect
to the safety and security of its girl child.
“There is something undeniably wrong
when the girl child repeatedly becomes
the bargaining instrument in negotiation
deals between the government and
terrorists.
“There is something absolutely wrong
when the girl child becomes a pawn in a
political chess game in which the major
political parties seek to score political
points.
“One of the key indicators of stability or
the lack thereof in a nation is the state of
its girl child because she is often the
most vulnerable in a destabilised polity.
“The problematic issues encountered by
the girl child in any society are symptoms
of an underlying malady which must be
diagnosed.
“In essence, the brazen assault on the girl
child in the Nigerian state is a clear
indication that our nation is sick,” the
pastor concluded.
Bakare also spoke on the actions of the
BBOG campaign, stated that their
intervention was timely.
“The right intervention must be guided by
the realisation that the Bring Back Our
Girls campaign is symbolic.
“It is the realisation that the girl child can
grow to become a strong and
accomplished woman contributing
significantly to society.
In her remarks, co-founder of the group,
Dr. Oby Ezekwesili, stressed that they
would not bow to pressure until victory is
achieved.
Chairperson of the event, Sen. Naj’atu
Muhammed, blamed the military for not
doing enough to see to the rescue of the
girls.
She admonished Nigerians to join in the
campaign to ensure that the abducted
girls regain their freedom. 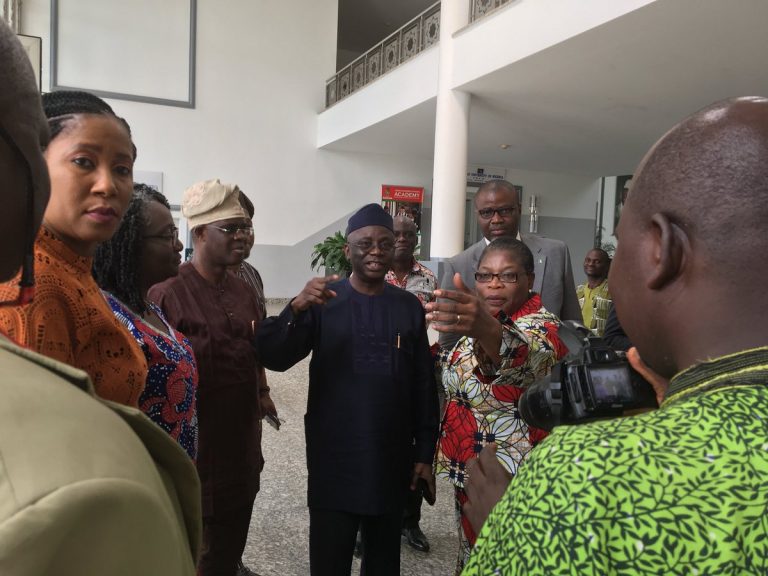