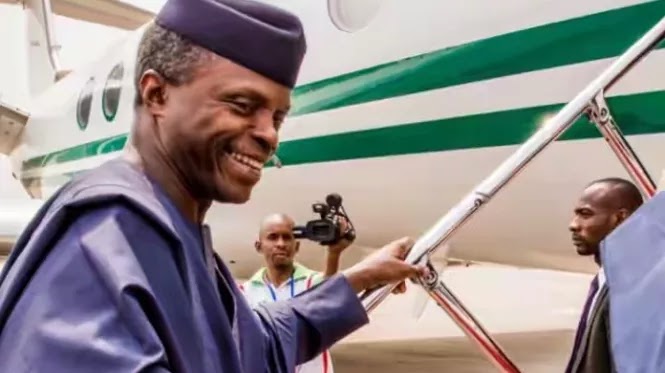 Vice President, Yemi Osinbajo, SAN, has travelled out of the country.
Laolu Akande, his Senior Special Assistant on Media and Publicity made the announcement in a statement Saturday morning.
He said Osinbajo is representing Nigeria at an emergency meeting of leaders of the Economic Community of West African States, ECOWAS, holding in Lome, the capital city of Togo.
The meeting is to take stock on developments in Guinea-Bissau.
“ECOWAS leaders will receive a report on the situation, deliberate on the presentation and issue a communique at the end of the meeting.
“Prof. Osinbajo, who is accompanied to the meeting by Foreign Affairs Minister, Geoffrey Onyeama, is expected back in Abuja later today,” he stated.

"I No Longer Trust Nigerian Press, They Should Urgently Change From Evil And Propagation Of Fake News" – Wike Explodes

Again: Court fixes May 21 to rule on bail application filed by IPOB member