Since the National Population
Commission (NPC) revealed that the
population of Nigeria has official reached
198 million, experts have lent their
voices to its benefits to the economy.
The News Agency of Nigeria (NAN)
captured some of such debates at the
Vanguard Economic Discourse with the
themed “Economy in Recession: Pitfalls,
Trajectories and Resetting” in Lagos.
NAN reports that the event was chaired
by Mr Bukar Kyari, Chairman, Nigeria
Economic Summit Group, NESG, while the
panelists included Mr Olabode Augusto,
Chief Executive Officer of Augusto and Co
and Mrs Patience Oniha, Director-General,
Debt Management Office, DMO.
Other panelists are Mr Muda Yusuf,
Director-General, Lagos Chamber of
Commerce and Industry, LCCI; Mr Issa
Aremu, Vice President Global Union,
African Region; Mr Opeyemi Agbaje, Chief
Executive Officer, RTC Advisory Services;
and Mr Tony Okpanachi, Managing
Director, Development Bank of Nigeria,
DBN.
According to Agusto, who delivered the
keynote address, said that an
uncontrolled population growth could
derail Nigeria’s economic development.
He advised that population issues be
included in the nation’s political agenda,
saying that “we need to enact policies
that will help us manage our population
better.
“According to the population pyramid, by
2070 Nigeria will be 552 million.
“It means that demand for primary school
is going to be much bigger, the number of
teachers we’ll need will be more;
vaccines to inoculate will be more.
“We need to send them to secondary
school, keep them healthy; and after they
leave school we would have to find work
for them otherwise they will become what
we call (in finance) Non Earning Assets.
“So, at the end of the day we measure the
wealth of a nation by the number of yams
we have produced divided by the number
of people who are going to eat it – yam
per head,” he said. 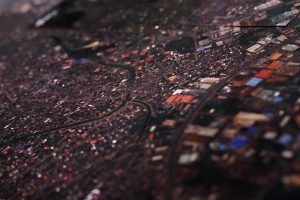 OPINION POLL: what's your take on this?