The US will not pull its troops out of
Syria until Washington’s goals are
accomplished, Nikki Haley, the US
ambassador to the UN said.
According to Haley, the three aims for
the US are ensuring chemical weapons
are not used in any way that poses a
risk to US interests; Islamic State of
Iraq and the Levant (ISIL , also known
as ISIS) is defeated; and there is a
good vantage point to watch what Iran is doing. “[It is our goal] to see American troops come
home, but we
are not going to
leave until we
know we have accomplished those
things,” Haley said on Fox News on
Sunday.
In a separate interview, Haley said
that the US was preparing new
sanctions on Russia over its continued support of Syrian President Bashar-al Assad .
The sanctions would be announced by
US Treasury Secretary Steven Mnuchin
on Monday, Haley said on CBS.
“They will go directly to any sort of
companies that were dealing with
equipment related to Assad and
chemical weapons use,” she said.
Haley also ruled out any one-on-one
talks between President Assad and the
US over the Syrian crisis .
She said Syria had so far refused to
take part in multilateral negotiations
as part of a political process facilitated by the UN, adding that Syria was not “worthy” of direct talks with Washington. Tense relations,The relations between Moscow and Washington are tense after the US, UK and France carried out a wave
of strikes on the alleged chemical
facilities of Assad’s government early on Saturday.
Russia has been the foremost
supporter of the Assad government
since the Syrian war began more than seven years ago. The attack came a week after a suspected
deadly chemical attack on the
rebel-held Damascus suburb of Douma. The White Helmets, a local civil defence agency, accused the Assad government of carrying out the gas attack, which is believed to have killed 85 civilians, including children, and injured hundreds of others. The US and allies say they have evidence that the attack was carried out by Assad’s forces. In response, Russia pledged to retaliate for what it described as a “fabricated” chemical gas attack. 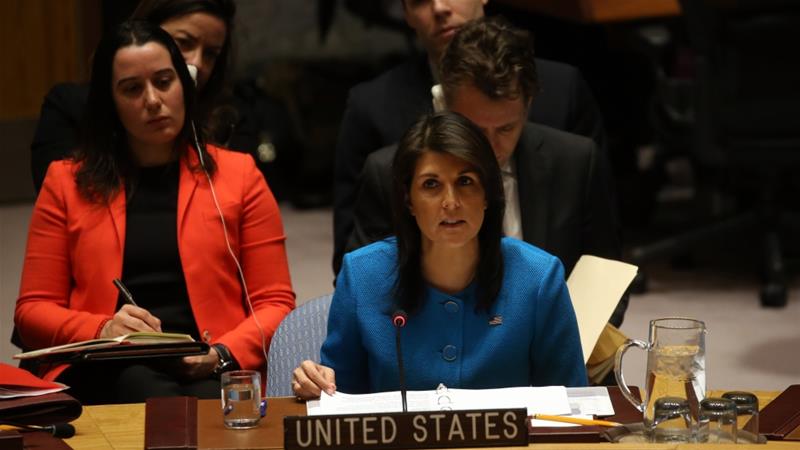 THE ARCHBISHOP OF CANTERBURY AND HIS CRUEL HUSBAND- Femi Fani-Kayode