Nigeria’s quest to attract foreign investment
inflow may continue to be a mirage unless
contractual obligations and agreements are
respected by the government, Muda Yusuf,
Director-General, Lagos Chamber of Commerce
and Industries, LCCI said.
Speaking at the Vanguard Economic Discourse,
held in Lagos last weekend, Yusuf said that the
history of compliance to contractual agreement
especially from government, is not a good story
and infractions incurred by the government
discourage investors.
“I will like to stress the importance of respect
for contractual obligations or agreements. This
economy needs a lot of private capital, either
foreign or domestic, especially in the
infrastructure space. The history of compliance
to contractual agreement especially from
government is not a good story. We have had
issues. How successful is the PPP (public-
private partnership) arrangement in the
country?
“We had the concession on Lekki – Epe road,
which did not work as expected. We had the
Lagos – Ibadan expressway concession. We
had the MM2. There were issues in all, even
the NLNG. Only recently the NLNG Act was
amended and some clauses were inserted,
which were not there initially.
‘‘All these things have a way of discouraging
flow of foreign investments. We need to build
some confidence in that regard so as to
augment whatever government has in terms of
finance,” he said.
Speaking further, Yusuf said ‘‘We also need to
worry about our institutions. Institutions are
very critical for the quality of policies that are
formulated. They are very critical for the quality
of implementation.
Yusuf also expressed concern over what he
sees as failure in the financial intermediation in
the banking system in the country.
He stated: ‘‘The essence of banking is to
ensure the mobilisation of resources from the
surplus end of the economy to the deficit end of
the economy. But what you find in the Nigerian
economy is that there is so much deficit in
terms of funding the SMEs, the manufacturing
space, the property market, the infrastructure
space etc.
‘‘At the end, it is so difficult to get the surplus
fund from the banking system to flow to that
space. That is the major challenge that we
need to fix so that we can get the banking
sector to be more supportive of the economy. 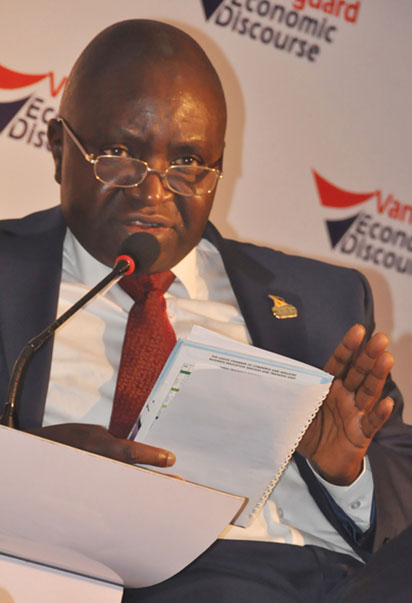 3 burnt to death in C-River over motorcycle theft