OLEH— RAMPAGING herdsmen, armed with
AK-47 guns and cutlasses, weekend, reportedly
blocked the Umuachi-Afor axis of the Ughelli/
Asaba Expressway, Ndokwa East Local
Government Area, Delta State, inflicting bullet
wounds on five travellers.
Herdsmen on rampage
The herdsmen, who emerged from a nearby
bush, stormed the road at about 6.30p.m.,
shooting at random for over 30 minutes.
Panic-stricken motorists travelling from Asaba
were forced to speed off for refuge at Umuachi-
Ogo community, while those travelling from the
opposite direction drove to Kwale and other
neighbouring communities.
A source in the area disclosed that those
wounded were travelling along the road when
they were hit by bullets, adding that the driver
of the vehicle was also attacked with cutlasses
on his right hand.
The source said: “People were running in
different directions before the Police and
soldiers came to the scene. The herdsmen
exchanged gunfire with the Police and soldiers
before they escaped into the bush.”
Contacted, Police Public Relations Officer of the
state command, Mr. Andrew Aniamaka, who
confirmed the incident, said: “There was a
robbery attack on the highway by herdsmen.
“They attacked travellers and two of the
victims are still being treated in the hospital.
“Already, there are concerted efforts by all the
Police divisions in that axis towards making
sure that the hoodlums do not go scot-free.” 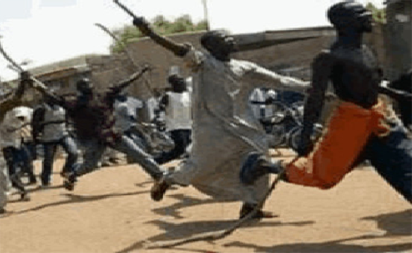 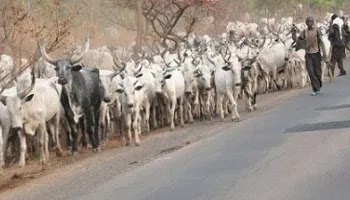