Pope Benedict XVI Emeritus is to spend his
91st birthday in “quiet and peace,’’ the
Vatican’s official news site said on Monday.
Benedict was due to have a little celebration in
the Vatican monastery where he has retired,
with his 94-year-old brother Georg Ratzinger,
his Secretary Archbishop Georg Gaenswein
said.
Benedict XVI
Born Joseph Ratzinger in Bavaria, Southern
Germany, Benedict became in 2013 the first
pope to resign in nearly 600 years, citing the
strains of old age.
Since then, he has lived a life of prayer inside
the Vatican gardens and rarely ventured out,
staying true to a promise to remain “hidden to
the world.”
In February, he said in a letter to Italian daily
Corriere della Sera, that he was preparing to
meet his maker: “As my physical strength
slowly fades, I am on an i 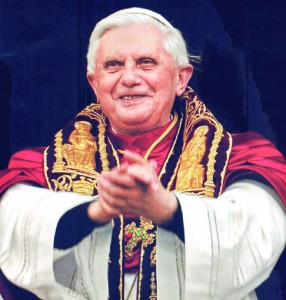 Biafra: Biafrans Are Renewing Their Calls For Independence, The Queen Should Put Pressure On Nigeria’s Government To Respect The People Of Biafra