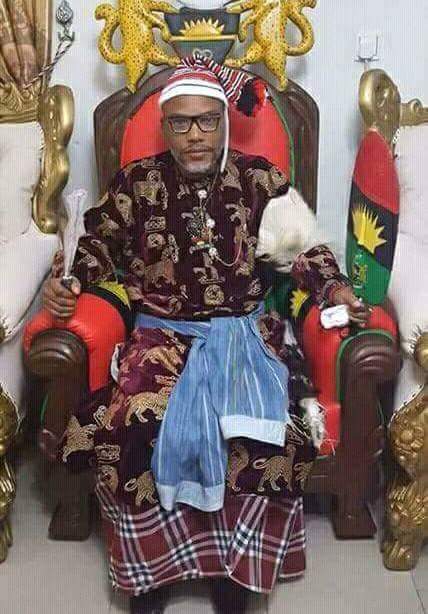 BY FEMI FAMUTIMI
The Indigenous people of Biafra (IPOB) have stated that they plan to protest President Buhari’s trip to the USA in a few days, on the 30th of April.
They also said that their leader, Nnamdi Kanu, who they referred to as the great prophet of our time, had predicted that Buhari would usher in Biafra and that their time was almost here.
This was contained in a statement by IPOB’s Media and Publicity Secretary, Emma Powerful who also noted that the group’s advocacy trip, Operation Cow Dance, in the United Kingdom, last week, showed just how strong they were as a group.

The statement read in part; “In this regard, we have decided to launch Operation Cow Dance 2, to coincide with the planned arrival of the president in Washington, USA, on April 30. Our leader, Nnamdi Kanu, the prophet of our time had predicted that Buhari will usher in Biafra.
“What happened in London will be a child’s play, compared to what will happen in Washington. IPOB USA is ready and waiting,”