Home / News / “Buhari’s Govt is the Best, He deserves some Appreciation From Nigerians” Says Amaechi

“Buhari’s Govt is the Best, He deserves some Appreciation From Nigerians” Says Amaechi 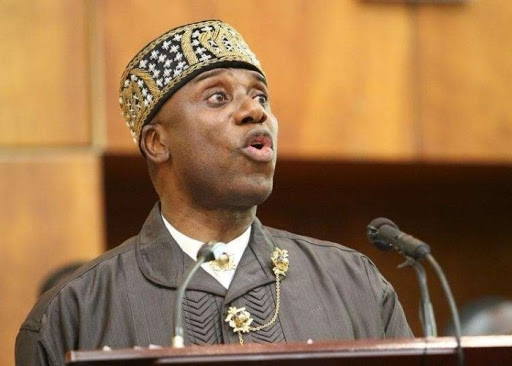 Minister of Transportation, Rotimi Amaechi, said on Tuesday that the present administration should be commended for changing the economy from a rent culture to a productive economy.Windsor University of Medicine – MedicalSchool in CaribbeanAmaechi said this during the Economic Recovery and Growth Plan (ERGP) Focus Labs Open Day ceremony held in Abuja.“The ERGP was an eye opener on what drives the economy, when we talk about ERGP, it is not only about economy growth but sustenance of the economy growth”, NAN quoted him as saying.7 Signs of STI, UTI everyone should know and why antibiotics no longer works“I continue to argue with my friends in politics, when they say we have caused hunger and I say no, we have rather brought food and I ask them what offence has President Buhari committed.“And they will say no money in circulation, investors ran away and I tell them, they are not correct, that the only offence Mr President has committed is that: He is changing the economy from a rent culture to a production economy; the direction we are going now is to take away that rent culture to a productive economy.“We banned the importation of tomatoes to encourage those producing tomatoes in Kano and that makes it my responsibility to ensure that the narrow gauge line from Kano to Lagos function properly, “ he said.He said that the government was encouraging Nigerians to produce more and export rather than depending on importation, which would not help the economy.Amaechi said that the narrow gauge lines would commence properly in 2019, stating that the main agreement cost $45million for the interim phase and $2.7billion for the entire project.The minister said that the narrow gauge interim phase will enable initial rehabilitation of the rail lines before the commencement of commercial activities.
He said that transportation alone would contribute a total of 3.52 billion dollars, which in turn would create 18,366 jobs in the staple and cash sub-sectors toward the overall ERGP investment.