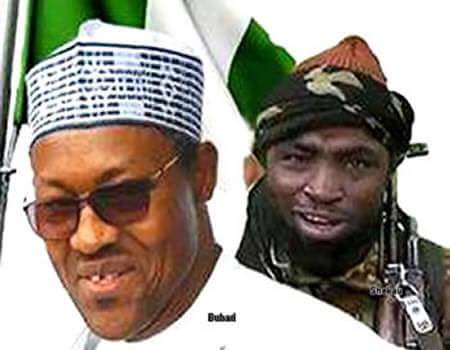 1. The controversy surrounding the inclusion of Arabic language by JAMB for 2018 police recruitment test is coming to its fullness. Many are still wondering why Arabic language was included.
2. Yes Jamb has given excuses and reasons for inclusion of Arabic language but their excuses are not tenable. They are false, deceitful and a brew of afterthought.
Jamb wanted to have Arabic and English Language but to cover up suspicions, they added Arts and Agric. It paid off but it is unacceptable.
A solution would have been for them to write a simple program to bring up ‘only’ English Language for all candidates or they freeze the other 3 subjects so that only the English Language would be accessible when clicked. Their trick was to have their Boko Haram candidates click and take the Arabic langauge test for clear identification and recruitment into the Nigerian police force.
3. Many boko haram convicts have been released by Buhari and they are still discussing on whether to give amnesty or not to Boko Haram terrorists. Many Nigerians have voiced out against amnesty for Boko haram terrorists but the president is still bent on seriously compensating the Boko haram sect with something more sustainable than present cash gifts.
4. Suddenly the idea of 60,000 police recruitment came up. And Jamb was selected as the ‘credible’ umpire for this recruitment selection test. Let us match the identity of the parties involved: *Jamb Registrar – a Muslim, Inspector General of Police – a Muslim, The President of the Federal Republic of Nigeria – a Muslim* . _Then Boko Harm – a Muslim sect._
5. Boko Haram are against western education and by extension against the English Language. Arabic is Islam and Islam is Arabic. This is acceptable to Boko Haram sect.
6. All the cover-ups and the urge to recruit 60,000 policemen is not for the benefits of anyone of us but solely targeted at quickly absorbing boko haram converts into the Nigerian government. You and me can foresee the dangers that this action will promote.
7. We don’t know why this sudden 60,000 police recruitment, but what we do know is that these boko haram converts are recruited for 2019 elections and for islamisation of Nigeria since Buhari’s second term provides the greatest and last opportunity for islam to sweep the entire nation. If they cannot deep the koran into the Atlantic Ocean in Buhari’s time, never will other opportunity come this good.

9. You may want to believe that not all the 60,000 will be boko haram converts and I agree with you. some police officers may be able to squeeze in one or two of their relatives in the number but this will be insignificant. This figure is 60,000 + _alpha._ The target of 60,000 boko converts will be met and the _’alpha’_ will be available for officers to push in something.
Have you also noticed that no modalities have been set for those to be recruited. They have not said that they will look at the scores and draw a line on reaching 60,000. Why the silence on this till the result is out?
This is why you will come to see that someone who scored 2 will be recruited and another who scored 60 will be rejected just to ensure that only Boko Haramists are considered.
10.  *We sound this note of warning that, the current police recruitment exercise be immediately halted and postponed till ‘after 2019’.* What this means is that there should be no police or military or civil defence recruitment, or anything close to this, till 2019 is over.
11. We will not fold our arms and see someone bring in Boko haram to kill Nigerians and Islamise the entire country.  – Hope For Nigeria