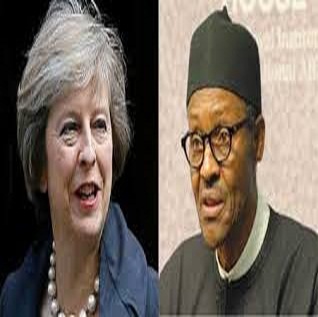 Like it did between 1967 and 1970, Britain is crafting an entrance-way into Nigeria to aid another ethnic cleansing of Biafrans
Why is it difficult for British government to legitimately go to owners of resources in Biafraland to negotiate with them, instead of arming the murderous Fulani people and using them as proxies to “ethnic-cleanse” Biafrans and take the resources by force?
Elements of British government, like they did 51 years ago (1967 – 1970) have been looking for ways to pump deadly arms into Nigeria, with the intent to arm its house-slaves (the Fulani people), without its citizens and the world being the wiser. Meanwhile, the arms would not be for any good purpose other than to annihilate Biafrans so that their oil resources will be available for free.
They appear to have found a way.
The recent news planted in some British newspapers few days ago appears to have revealed the method they have chosen. Simply put, the news was that the British have discovered terrorists were being trained in Nigeria with the aim of attacking the British.
The news had it that 150 British troops were conducting counter-terror training with Nigerian forces in an attempt to stem what they called a bloody tide of Islamic State (IS) taking hold of the region. It claimed that during a training session in the city of Kaduna, that a senior Nigerian Air-force Officer revealed that his country’s jihad groups were learning tricks from IS after swearing allegiance to its black flag. “They come and train their fighters here and some of our insurgents too are granted access to their training in Yemen and Syria, acquiring those skills and they come back and teach others”, it claimed the officer, who had been fighting terrorism since 1991 said.
Many Biafrans like this writer refused to accept this false flag called news story by British newspapers. Such activities are not new. They had been on for such a long time in Nigeria, and why is the British government speaking out about it now? The answer is simple: it is for a sinister purpose.
Is British government claiming to be asleep when two Nigerian jihadist youths (Michael Adebolajo and Michael Adebowale) stabbed Lee Rigby (a British soldier) to death on a street of London in 2013. What about Umar Farouk Abdulmutallab popularly known as “Underwear Bomber”, was caught in London Airport in 2012 about to bomb the plan he boarded.

Adebowale: One of the British soldier killers
Did Nigeria terrorists and their connection with IS and other terrorist groups from the Arab world start today? British government were you not aware? Where you not aware that Boko Haram, Fulani herdsmen, Nigerian Army, Navy and Air-force, are all terrorist groups under one chief commander, Muhammadu Buhari.
British government was there when Nigerian Army invaded the home of Nnamdi Kanu, leader of Indigenous People of Biafra (IPOB) in September 2017 (a British citizen), to murder more than 28 people; and then “disappeared” his parents. What did British government do? British government, you were aware that your poster boy (Muhammed Buhari) has turned the whole of Nigeria into one massive killing field; killing Christians everywhere, and you have not spoken out. Why are you speaking out now; planting stories in British newspapers?
al-Asiri: Court under disguise
British government, you were there in 2015, when Nigerian government granted visa to Amad al-Asiri (known popularly as emir of IS in Lebanon), who is wanted and high-up in IS leadership. He was court under disguise. He was one of the most wanted persons in high command of the dreaded IS, and the visa was granted to him by your chief house-slave Muhammadu Buhari. British government, what have you done to Buhari since then? Have you not been in bed with him facilitating and training his chief terrorists called Nigerian armed forces? Have you not watched him drench Nigeria in the blood of Christians and Biafrans as he continued with his Islamic sharia law obsession?
The reality is that British government is looking for excuse to transfer heavy armaments to Nigerian government, hoping it would use same to prosecute an unjust war against Biafrans (a cloak for another genocide). British government does not want its citizens to know what it is planning. The British government does not want the world to know of the next evil plan it wants to perpetrate in Biafraland against Biafrans.
This is the time to let the British government know that nobody is fooled; nobody is deceived. It is time for Theresa May, British Prime Minister, to come out clean and declare that it wants Biafra oil. Nobody will deny you the oil, but negotiate with the owners and stop this wicked plan to use your house-slaves (the Fulani) to perpetrate a second genocide against Biafrans
We are not fooled one bit!

INSIDE KANU’S KINGDOM: The unresolved disappearances and untold story of imprisoned IPOB members