Home / News / Plateau Massacre: Buhari Is A Tribal Leader, If You really love Nigerians, You wouldn't watch them dying and nothing happens – Ezekwesili Spits Fire

Plateau Massacre: Buhari Is A Tribal Leader, If You really love Nigerians, You wouldn't watch them dying and nothing happens – Ezekwesili Spits Fire 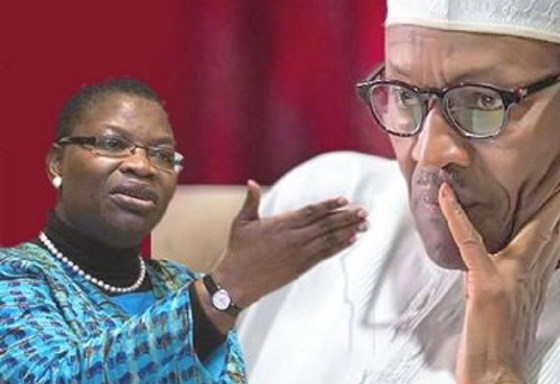 Former minister of Education, Oby Ezekwesili has called for an end to incessant killings of Nigerians in Plateau state.

Ezekwesili lamenting the spate of killings in Plateau called on security agencies to proffer solutions and safeguard the citizens.

She said this while reacting to the death of scores of people in the Church of Christ In Nations (COClN) and Regional Church Council (RCC), in Barkin Ladi Local Government Area, Plateau state.

DAILY POST reports that Plateau Police Command on Sunday confirmed the killing of 86 persons in attacks on Razat, Ruku, Nyarr, Kura and Gana-Ropp villages of Gashish District in Barkin Ladi Local Government.
Also hit were Daffo and Kuba communities in Bokkos Local Government.
The activist, while reacting on her Twitter page, said President Muhammadu Buhari must account for the death of those killed in Plateau, urging him to give directives to security agencies to deal with perpetrators of the dastardly act.
She noted that a President who loves his people and Commander-in-Chief would not watch his people die and do nothing.
She wrote on her Twitter page, “Is the Plateau situation under control? It is very distressing to read some of the news coming out of the State. I hope the Police is on top of the situation and that the commander in Chief is briefed and directing.
“We really must end this wasting of the lives of our citizens.How can these killings happen without consequences? Our hearts are heavy and broken over these killings. When will it stop? 201 lives reported lost, are we in a war?” Buhari you must respond with action for them.
“Fellow Nigerians! I decided it is better to scream. Silence is the real crime against humanity, we must speak up for the people of Plateau. Every one of us who believe in Humanity must ask our president to act as C-I-C to protect an secure his people.
“Toddler, youth, the old, boys, girls, women, and men were killed with impunity in their communities, This is criminal to not address this is unjust.
“Have you seen some of the pictures &video clips coming out of Jos, Plateau State? Have you seen our fellow citizens being massacred? Have we lost our outrage for evil? Has evil become our norm? Our President @Buhari must account for the dead.
“No Leader can survive the normalizing of killings of his citizens. Buhari it is not normal for your Citizens to be butchered while the Nigerian-State that you lead watches on or is distracted with other priorities. It is life first, Mr. President.
“A leader will not allow killings of his people without consequences. It is abnormality for a people to not value the Lives of their fellow human beings. Give justice to the nearly 200 dead in Plateau. Do it now!!!”

Facebook Comments
Loading...
Related ItemsNewsNigeria
← Previous Story “I Am In Difficult Situation Over Appointment” – Buhari Crisis Out
Next Story → I Can't Believe Vice President Of Nigeria Is A Real Man Of God, He See The Killings And Kept Silent For More To Happen — US-Based Nollywood Actress Georgina Onuoha Slams Vice President and Anointed Man of God Yemi Osinbajo