Home / News / Enough Is Enough, Uproot President Buhari In 2019 Before We All Die, Afenifere Tells Nigerians

Enough Is Enough, Uproot President Buhari In 2019 Before We All Die, Afenifere Tells Nigerians 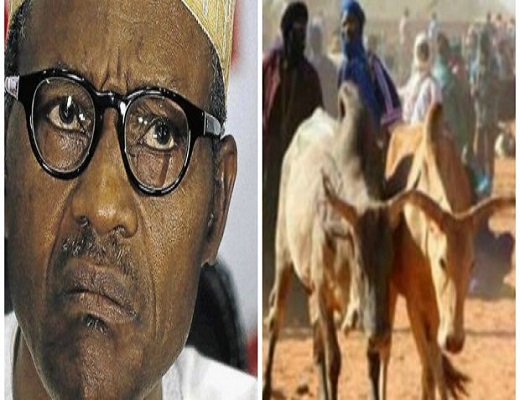 The Yoruba socio-political group, Afenifere, on Tuesday lamented the killings in some communities in Plateau State.
Afenifere said the massacre was enough reason to make Nigerians vote out President Muhammadu Buhari in 2019.
Rising from its Monthly meeting in Akure, the Ondo State capital, on Tuesday, Afenifere called for an end the “wanton killings.”
The communique issued by Afenifere’s spokesperson, Yinka Odumakin reads, “Nigerians must now gird their loins and see the democratic uprooting of this administration as a task that must be done in 2019 so as to save the country from utter destruction.
“There is no land where the blood of the innocent is being shed daily like Nigeria that can make progress in any area of human endeavor. ENOUGH IS ENOUGH!.

“The meeting was devastated by the genocide that took place in Plateau State on Sunday in which over 200 deaths occurred by eyewitnesses accounts deaths but the police admitted 100.
“These wanton killings and official irresponsibility portray Nigeria as a barbaric entity and we Yoruba People are pained living in the same space with the bestial elements who kill innocent people in a cruel manner.
“The images of little children killed mercilessly with open skulls make anyone with human blood flowing in his or her veins to shrink.
-Culled from Sunnews

Facebook Comments
Loading...
Related Items
← Previous Story Stop Accusing Me Of Killing Plateau Indigenes, It's Not Right Pointing Fingers On Me – Buhari Cries Out Loud
Next Story → Buhari should tell Nigerians who has been arrested over the death of 200 people in Plateau – Fayose