Home / News / Opinion: Biafra Referendum, Why It Will Shock Nigeria

Opinion: Biafra Referendum, Why It Will Shock Nigeria 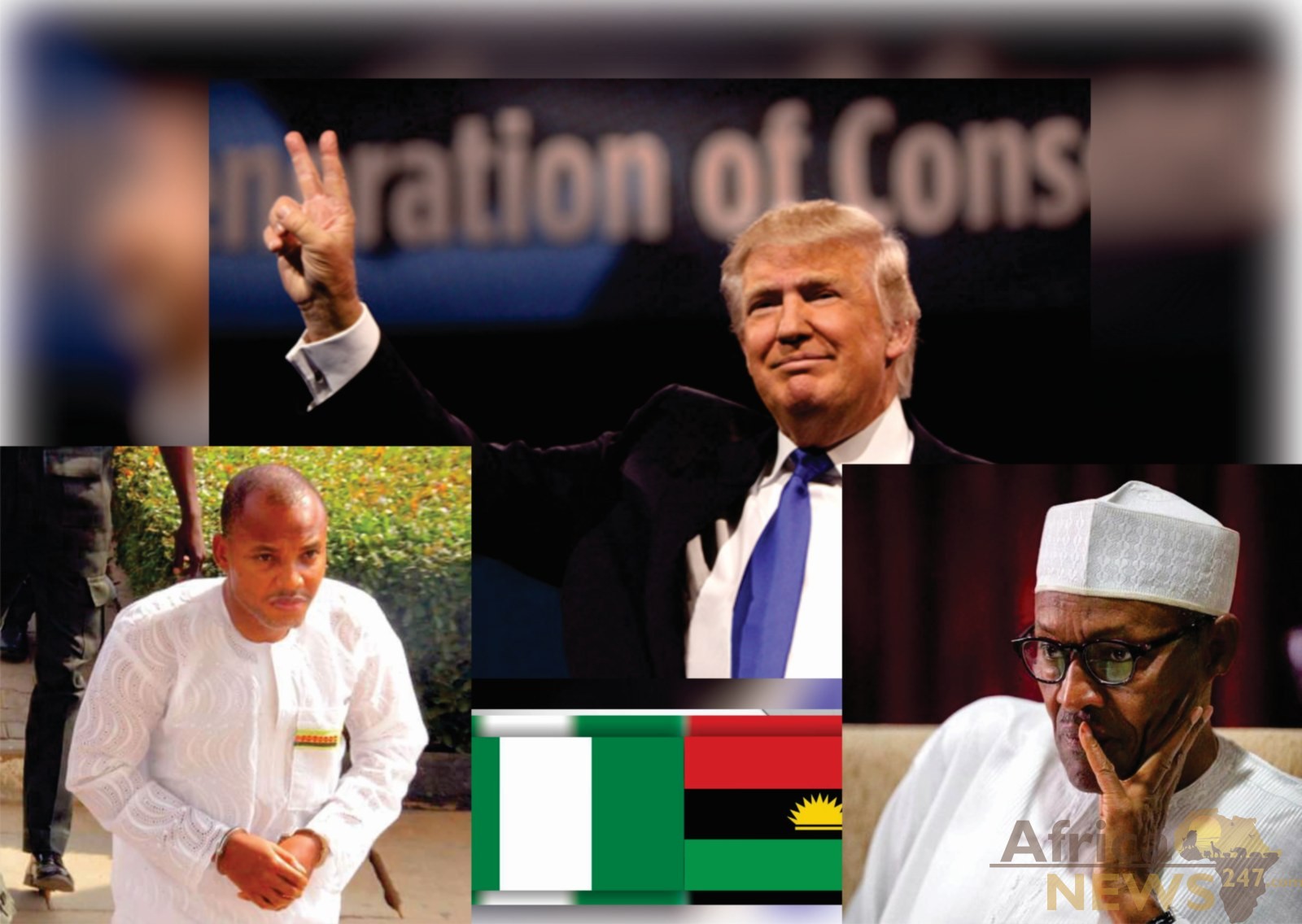 BIAFRA REFERENDUM, WHY IT WILL SHOCK NIGERIA
THE ANCIENT PEOPLE HAVE DECIDED AND IT’S FINAL
Biafra is one of the most ancient African Country. It’s rebirth do not need a second civil war. Now that the Kings, Chiefs and Elders have spoken, is it still Mazi Nnamdi Kanu that is just babbling. The Kings of Ancient Biafra use to meet in Egwenga, present day Ikot Abasi to confer on what to do to better the lives of their people. It was the headquarter of Biafra. The Europeans came and negotiated trade in same place. The Egwenga River spanning into Opobo, Bonny, Ogoni, Calabar and then New Calabar (Kalabari) were all international trading routes owned and controlled by the Kings of Biafra. I have documents proving that the Europeans were our employees for many centuries until they came in contact with the Fulanis in 1816 who saw them and accepted to be their colonised territories. Everything changed. They assumed the same position here without any other documents signed. The foreign companies here paid all their income to our Kings treasury. I am glad that from the same Akwa Ibom the message to correct what Britain destroyed is boldly made. No wonder General Effiong fought to the last battle until he could no longer endure the sight of Biafrans who die daily due to hunger caused by Awolowo. Biafra Restoration is now. Vote for Biafra in referendum.

FULANI CAN NOT STOP BIAFRA
Fulani is a minority. Hausa, Mada, Tiv, Berome and even Igalla gave them the population and land (though mostly deserts) that makes them feel they are our match. Again, there long stay in the military and political powers of Nigeria has made them undermine Biafra and Biafrans. One of the oldest nation on earth Biafra built on early civilization from the same era with Egypt as world power. We are over 120 million Biafrans all over world.
CHRISTIANITY IS UNDER ATTACK, BIAFRA IS A RELIGIOUS MATTER
Biafra is much more than they can imagine. Biafrans, black Jews are all over the world bearing different names and tribes all over the world. God said I will scatter them abroad and I gather them back from the North, South, East and South. The gathering is on. The inventions of the black Igbo Jews like Philip Emegweali the Father of modern computer and Internet underscores the fact that they can easily communicate and trace their routes back to Africa. Israel demand to be part of the African Union is timely.
BIAFRA IS NOT SUSCEPTIBLE AS IMAGINED BY THE IGNORANT
I pity any Fulani or any other person who thinks he can over run Biafrans and Biafra land and waters in a scientific, Financial, political, spiritual or even physical battle. You just can not. We in Ogoni withstood the British and they could not forcefully enter for 56 years. No Ogoni was a Slave. Check your history. Nembe (Brass war)  was another example that the British met equal and opposite force. Nobody has the monopoly of violence and so tell whoever is masquerading as Chairman of FUNAM that Dipping the Qur’an in the Atlantic Ocean is not as easy as writing a one pager with so many grammatical errors. We are from War Canoe Houses, We are War Lords  We are from Warring Communities and we do not surrender and capitulate at the ranting of our enemies.

REFERENDUM IS NOT CALL FOR WAR BUT BIAFRANS ARE NOT COWARDS
We are peaceful people but don’t take us for granted. We are calling for peaceful referendum but if you think we are Catalonians and Ambazonians that were attacked by Spain and Cameron, you have failed. We are not minority, we are not poor, we are not technologically backward. We President Dr Nnamdi Azikiwe and Hon TN Paul Birabi) fought for the independence of Nigeria and most African Countries and who told you we can not fight for our own independence. In 1970 we remembered that he who leaves to fight today, lives to fight another day. Remember there was no Victor, no Vanguished. Why do you parade yourself as if you have a conquered territory here in Biafra land and waters. I wish to remind you that an attempt to repeat that statement that Nigeria up to the Atlantic Ocean is your territory will cause a complete and immediate halt to the very existence of anything called Nigeria. When will Fulani start respecting the rights of great nations like Biafra trapped in this British Fraud called Nigeria. I can’t remember any documents where my fathers were agreed to amalgamation. Lord Lugard is on trial today and the Fulanis should not offend us further by their senseless killings, statements and write ups which are treasonable if we had a country and a Leader.
BIAFRANS, VOTE AND VOTE AGAIN FOR BIAFRA RESTORATION IN COMING REFERENDUM.
#RELEASEEZEONWUKANU
#RELEASENNAMDIKANU
#RELEASEBIAFRADETAINEES
#LETTHEMGOBIAFRA
#SUPPORTBIAFRARESTORATIONISNOW
ALL HAIL BIAFRA!!!
Written By   Legborsi Emmanuel

Facebook Comments
Loading...
Related ItemsBiafra
← Previous Story We're Coming For You This Time Around, We Won't Telorate any Fulani Herdsmen Killings in Nigeria Again – UN Blows Hot
Next Story → 'I Won't Support Biafra Because, I'm One Of The Surviving Biafra Soldiers During The War' – Nnia Nwodo Blasts Igbos