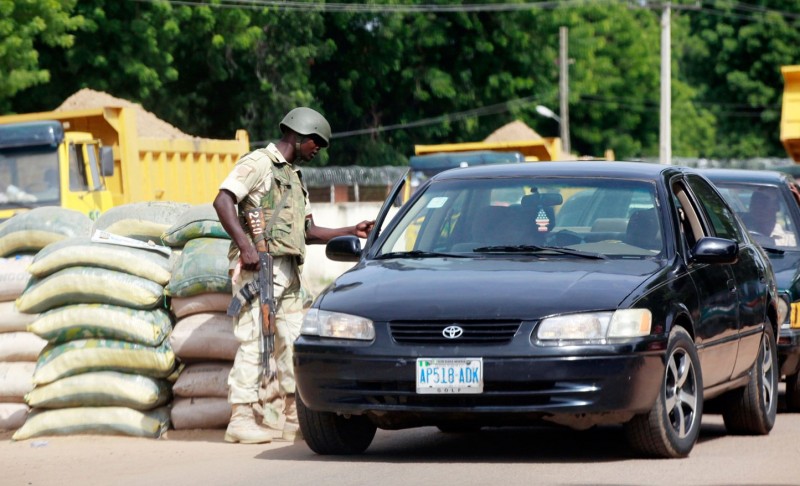 Disturbed by the increased number of road blocks along major federal highways in the South – Eastern roads manned by a combined force of the Police and the Army, the Senate yesterday asked the Federal Government to dismantle them.
According to the Senate, dismantling the road blocks would help facilitate the free movement of goods, people and services throughout the region and the whole federation.
The Senate therefore mandated its committees on the Police and the Army to take a tour of the South-Eastern highways to investigate the matter and report back to the upper chamber.
The Senate also urged the Police and the Army to always seek to balance the imperatives of national security and the economic interests of citizens in the monitoring of their environments, especially where there are no evident security breaches.
Resolutions of the Senate were sequel to a Point of Order by Senator Mao Ohuabunwa, PDP, Abia North and entitled:
“The growing proliferation of joint Police and Army manned road- blocks along the South- Eastern Express Roads which portend serious implications on the hardship of road transportation and the economy of the region.”
Senator Ohuabunwa who came under a matter of urgent public concern said the Senate is “ conscious that in the democratic governance of our nation, and for the purpose of promoting national integration, it is the duty of the nation and the states to provide adequate and unhindered facilities, including express roads for and encouragement of free mobility of people, goods and services throughout the federation, while at the same time providing for the security and well-being of citizens.
Observed that while there have been serious breaches of the security of lives and property of citizens arising from the war against terrorism in the North Eastern part of our nation, and this necessitating the hindered mobility of people, goods and services on the roads leading to these areas, the same case cannot be made for the heavy blocking of most South-Eastern roads by combined Police and Army security where a state of war does not exist.
“Concerned that the number of road blocks along the major federal expressways in the South-East which are manned by a combined force of the Police and the Army have suddenly increased and became intimidating, with the most affected roads being the Enugu Port- Harcourt Express Way, the Enugu-Onitsha Road and the Enugu-Aba Express Road, all of which have more than 50 road blocks heavily manned by the Police and Army, and proliferated at close and intermittent junctures.

“Persuaded that these high proliferation of road blocks and heightened police and army presence in an otherwise peaceful environment is not only costly, unnecessary and failing to balance the matters of national security and citizens’ well-being, but is also extensively obstructive to the free movement of goods and people.
It is increasing the citizens hardship on the roads and their travel time while proliferating extortion and corruption on the roads and all these are generally affecting the economy of citizens, the South-East region and the nation very negatively! “

Facebook Comments
Loading...
Related ItemsNewsNigeria
← Previous Story DANGER; Archbishop Chukwuma Warned That Aso Rock Will Be A Living Hell For Buhari Within 72hr And He Will Lose In 2019
Next Story → I Warned Buhari That It Will Be Worse If He Take Over Power From Immediate Past Goverment