Home / News / Boom;US President Have Provide 213,000 jobs In June What A Progressive Country

Boom;US President Have Provide 213,000 jobs In June What A Progressive Country 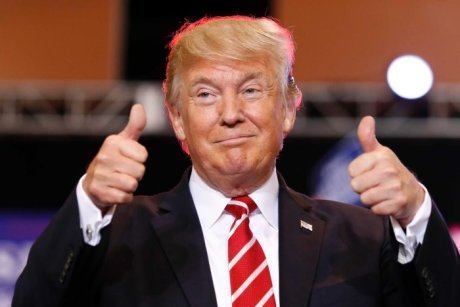 The U.S. economy added 213,000 jobs in June as American businesses extended their hiring spree, according to a report released Friday by the Labor Department.
The unemployment rate rose to 4.0 percent as more Americans entered the workforce.
The U.S. economy has added an average of over 200,000 jobs a month this year, far above the 100,000 that economists believe is required to keep up with the growth of the workforce.
Minutes from the last meeting of the Federal Reserve released Thursday revealed that Fed officials believe unemployment is below its long-term sustainable level.

Average hourly earnings rose 2.7 percent year over year, slightly below expectations of a 2.8 percent increase.
That is slightly disappointing for workers but also likely to fend off fears that inflation or interest rates will rise faster than expected.
The unemployment rate rose because more workers entered the workforce.
The labor force participation rate rose 0.2 percentage points to 62.9 percent. That was better than expected.
Private sector payrolls rose by 202,000 in June. Manufacturing and construction combined added 49,000 jobs.
Professional and business services added 50,000 new jobs. Retail shed 22,000 jobs.
Economists had expected the economy to add 195,000 jobs and the unemployment rate to hold steady, according to Reuters.
The jobs reports for May and April were both revised upward, meaning the economy added more jobs than previously thought. May added 244,000 jobs, compared with the previous estimate of 223,000. April added 175,00, compared with 159,000.
Businesses say they are having trouble finding qualified workers for open positions, although wages have yet to rise enough to confirm those claims.
Job openings now outnumber unemployed workers, according to the Labor Department. That has never happened since the government began keeping records.