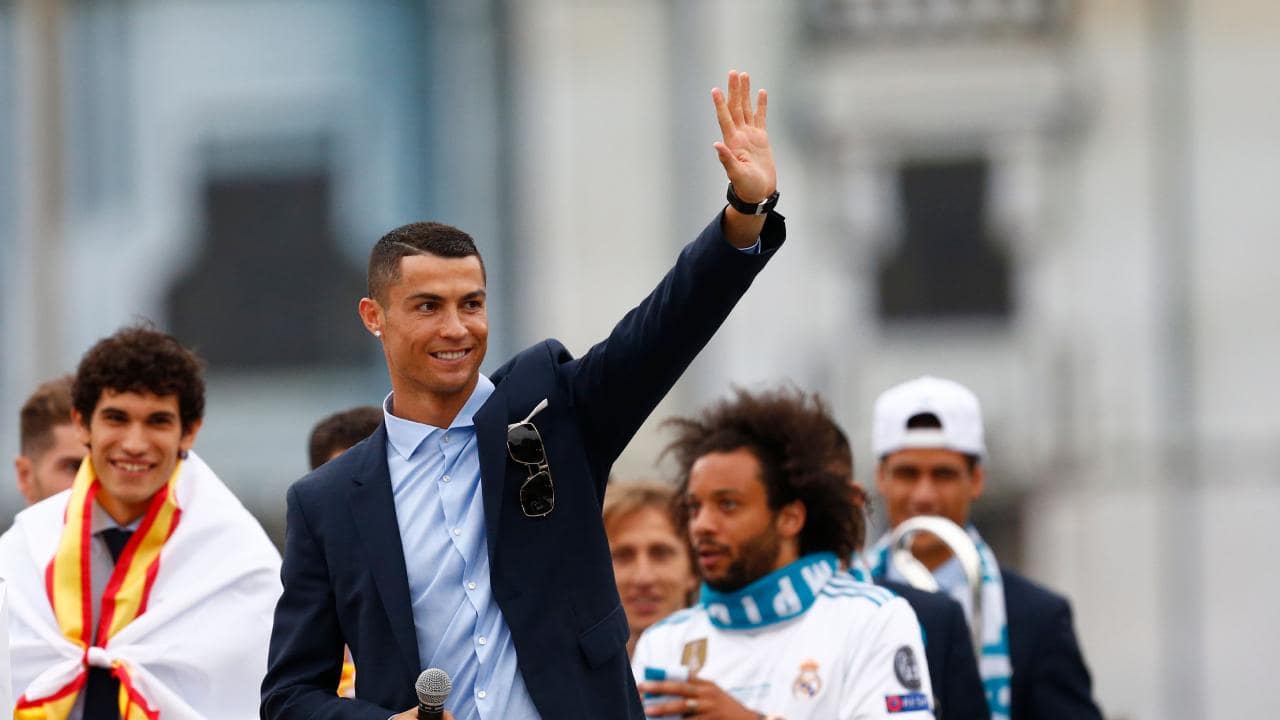 Juventus may have inadvertently revealed they are going to sign Cristiano Ronaldo.
The Portuguese superstar looks set to complete a multi-million pound move to Italy in the coming weeks as he prepares to leave Real Madrid.
Ronaldo’s days at Real Madrid appear to be numbered
However, it looks as though his move to Serie A could be happening sooner than expected.
On their Chinese website equivalent to Facebook (called Weibo), Juve uploaded a video of all their previous number 7’s.

It begins with club favourite Angelo Di Livio and goes through the ages with names such as Gianluca Pessotto, Simone Pepe and more recently Juan Cuadrado.
But at the end of the short clip it leaves a space for their newest recruit… Portugal’s five-time Ballon d’Or winner.
Although the video was quickly deleted, fans were quick to spot the mishap.
Their have only been six players to officially wear the No.7 for Juve in their history, with fans speculating the video may have been sent out to celebrate Jul 7th (7/7).
However, the fact that CR7 would technically become the seventh player to adorn the prestigious number surely cannot be a coincidence, can it?
GETTY IMAGES

SHOCKED; Harry Kane Worth More Than Neymar For His New Deal With Tottenham Hotspur