Home / News / Stop Deceiving yourselves, No Law Forbids Christians from Defending Themselves from Terror – PFN

Stop Deceiving yourselves, No Law Forbids Christians from Defending Themselves from Terror – PFN 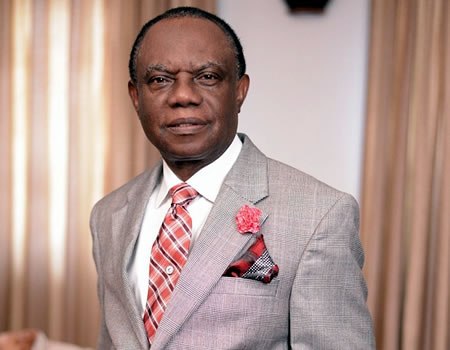 The president of the Pentecostal Fellowship of Nigeria (PFN), Felix Omobude, says there is no law forbiding Christians from defending themselves.
Omobude said this on Tuesday at a meeting of the Living Faith Bible Church in Jos.
Over 100 persons were recently killed in attacks on some villages in Plateau by suspected herdsmen.
The PFN president said the peace-making efforts of the church should not be misunderstood to be weakness.
“We will continue to call on Christians to follow the path of peace in line with the injunctions of our faith. I want to sound it unequivocally that the people perpetrating this evil should not think they have a monopoly of violence,” he said.
“The peace drive and peace-making efforts of the church should not be misunderstood to be a weakness. If pushed to the wall, the church can react. There is no law that forbids Christians from defending themselves. We cannot continue to be on the receiving end.”

Omobude said the government must find the perpetrators of killings across the country.
“We want to see them get punished; we want to see them answer for their crimes. What has happened in the past, and when it happens like this, is that the most the government will say is to condemn it,” he said.
“We want to see beyond mere condemnation. We want those shielding these evil men to be exposed. We call on the governments, federal and states, especially when we understand that one of the campaign promises of this present federal government was security, to protect lives and properties.
“Never in the history of this nation has innocent blood been shed across the land as we are witnessing. Our security agencies should rise to the challenge. A nation that cannot secure the lives and properties of her people is not yet free.