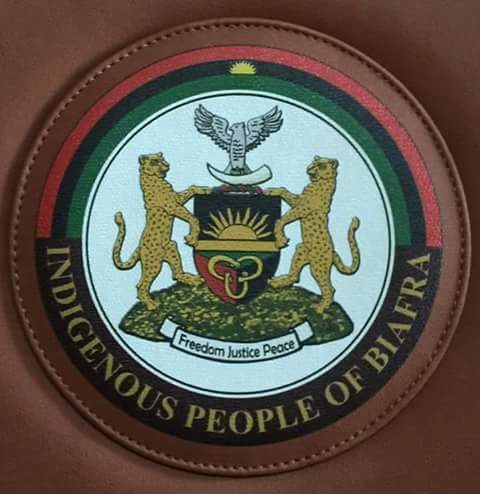 Ekiti State Election Another Vindication of IPOB No Election Stance.
Those unfortunate enough to have witnessed the disgraceful charade that passed as Ekiti State governorship election over the weekend, would no doubt by now have come to the full realisation  that only a total and complete boycott of elections in Nigeria has the remotest chance of setting the poor masses free. For anybody to describe the electoral dance of shame at Ekiti as “free and fair elections”  means that Nigeria is yet to develop an appreciable sense of understanding of what democratic elections is meant to be. This singular event at Ekiti has proven IPOB right yet again, that voting in Nigeria within the present political arrangement is utterly useless and counter productive.
Under the current electoral conditions in Nigeria, a PVC has transmuted from a supposedly potent object of freedom to one of bondage. IPOB worldwide therefore wish to restate categorically and for purposes of clarity that it would boycott all elections in Nigeria come 2019. Presidential elections next year will afford IPOB an opportunity to demonstrate our cast iron determination to set Biafra free by totally shutting down South East and South South.
Anybody campaigning, seeking or hoping to get IPOB to participate in any election is wasting their time. It has been established beyond doubt that PVC in Nigeria, as presently intended, is a tool of enslavement which IPOB can never be a party to. Should other parts of Nigeria wish to continue living in denial and keep participating in what is essentially an organised fraud, then they are welcome to do so. South East and South South will not vote.
By going out to vote, instead of demanding their freedom, the masses are only helping tyrants legalise rigging and electoral fraud. What people are doing by voting is willingly and legally renewing their pain and suffering every 4 years.
IPOB are fully aware that electioneering has never removed a tyrannical dictatorship in the history of the world, only disciplined popular resistance have.  There is no better, more clearly defined resistance, than that being offered by IPOB at this precise moment. Self determination is the solution to all the ills bedeviling Nigeria.

We IPOB understand more than most that only self determination for all ethnic nationalities in Nigeria can guarantee, peace, freedom and the much vaunted unity. Only self determination through referendum can bring an end to the endless cycle of genocide, ethnic cleansing, Islamisation, criminality and hardship.
Unfortunately some South-East, South South and Middle Belt leaders are still chasing rats by pleading for more states and literally begging for restructuring, while their home is on fire. Instead of them to boldly proclaim that there will be no election without a referendum come 2019, they are busy repeating the mistakes of the past. They are by their actions sleep-walking into Buhari’s trap and second tenure for APC given the following conditions:
1. INEC Chairman Mahmood Yakubu, apart from being a Fulani was on EFCC radar when Buhari anointed him as INEC Chairman. History and precedent tells us he can never work against Buhari and wider Fulani interest.
2. Amina Zakari who is INEC Director of Operations is not only Fulani, but is actually Buhari’s niece.
3. The number of underage voters in Kano alone is more than all those who collected their PVC in the South East and South South. Besides, under the current reign of terror, no returning officer in the core north would dare risk his life by allowing anyone other than Buahri to be declared the winner.
4. All the institutions which should act as electoral watch-dogs and umpires (including all the security forces) are under the control of the Fulani.
South East/South East/Middle Belt  would be foolhardy to agree to participate in the 2019 elections under such conditions. They would simply be legitimising a gigantic fraud.
There is no way out but for all Southern Nigeria and Middle Belt to collectively stand their ground, shun N4,000 per PVC as happened in Ekiti State and join IPOB to call for a referendum before any presidential election can be held. Only this approach will yield a positive outcome. Anything else will result in the extension of this cruel barbaric regime for another four years. At the end of which there will be no indigenous Middle Belt populations left.

If the opposition like let them bring 1 million groups together to form a coalition against APC, ‘Buhari’ or whosoever is bearing his name will still win hands down. This is because the coalition of APC, INEC, Army, Air force, Navy, Civil defence and Police is more deadly than any coalition. The best option is to boycott the election, the fear of which will force them to soft-pedal.
We IPOB are asking for boycott of all Nigerian elections in 2019 in Biafraland, Middle Belt and the rest of Southern Nigeria as the only way to save lives, end all suffering in the land and entrench peace and unity.
COMRADE EMMA POWERFUL MEDIA AND PUBLICITY SECRETARY FOR IPOB