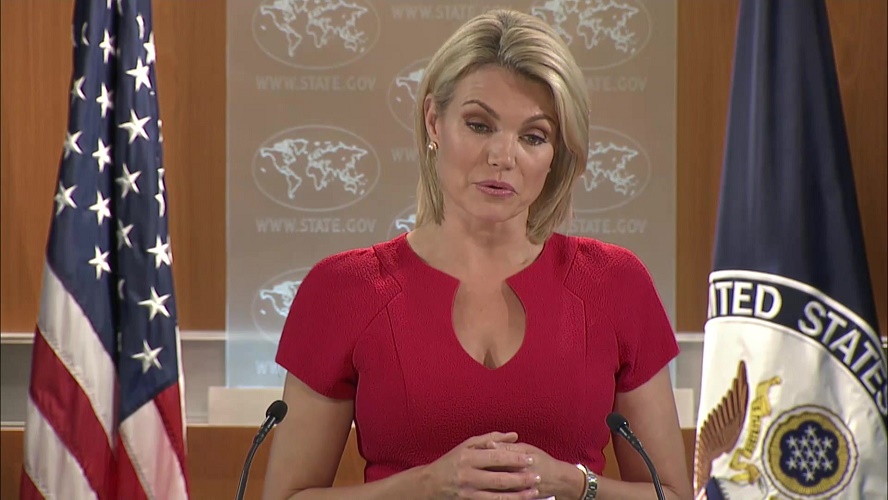 Foreign companies, particularly those based in the United States of America, are complaining of pervasive corruption, poor judicial system, inconsistent regulations, and lack of transparency as hindrances to doing business with ease in Nigeria.
The complaints were contained in a report, ‘2018 Investment Climate Statements’ published by the US Department of State’s Bureau of Economic and Business Affairs, a copy of which was obtained by THISDAY on Saturday.
The latest report, which was released on Thursday, provided information on the business climates of more than 170 countries including Nigeria.
“Nigeria’s full market potential remains unrealised because of significant impediments such as pervasive corruption, inadequate power and transportation infrastructure, high energy costs, an inconsistent regulatory and legal environment, insecurity, a slow and ineffective bureaucracy and judicial system, and inadequate intellectual property rights protections and enforcement…. Nigeria’s underdeveloped power sector remains a particular bottleneck to broad-based economic development,” it said.
The report prepared by the US economic officers stationed in embassies and posts around the world examined matters like investment, legal and regulatory systems, dispute resolution, transparency, responsible business conduct, and corruption.
The document which acknowledged that Nigeria’s imports rose in 2017, largely as a result of the country’s gradual recovery from the 2015 economic recession, noted that US goods exports to Nigeria in that year were $2.16 billion, up nearly 60 per cent from the previous year.
While US imports from Nigeria were $7.05 billion, an increase of 68.7 per cent, it disclosed that “US exports to Nigeria are primarily refined petroleum products, used vehicles, cereals, and machinery.”

The US government further claimed: “Maritime criminality in Nigerian waters, including incidents of piracy and crew kidnap for ransom, has increased in recent years and law enforcement efforts have been limited or ineffectual. Onshore, international inspectors have voiced concerns over the adequacy of security measures at some Nigerian port facilities. Businesses report that bribery of customs and port officials remains common to avoid delays, and smuggled goods routinely enter Nigeria’s seaports and cross its land borders.”
The pointed out that corruption and lack of transparency in tender processes has been a far greater concern to US companies than any discriminatory policies based on foreign status.
It noted, “Government tenders are published in local newspapers, a ‘tenders’ journal sold at local newspaper outlets, and on occasionally in foreign journals and magazines. The Nigerian government has made modest progress on its pledge to conduct open and competitive bidding processes for government procurement.
“Reforms have also improved transparency in procurement by the state-owned Nigerian National Petroleum Company (NNPC). Although US companies have won contracts in a number of sectors, difficulties in receiving payment are not uncommon and can inhibit firms from bidding.”
It further stated that agencies created to promote industrial exports were burdened by uneven management, vaguely-defined policy guidelines, and corruption.
“Nigeria’s inadequate power supply and lack of infrastructure and the associated high production costs leave Nigerian exporters at a significant disadvantage. Many Nigerian businesses fail to export because they find meeting international packaging and safety standards is too difficult or expensive…. The vast majority of Nigeria’s manufacturers remain unable to compete in the international market,” it said.

The report berated the country’s judicial system accusing it of allowing corruption to thrive, saying: “Nigeria has a complex, three-tiered legal system comprised English common law, Islamic law, and Nigerian customary law. The Nigerian court system is slow and inefficient, lacks adequate court facilities and computerized document-processing systems, and poorly remunerates judges and other court officials, all of which encourages corruption and undermines enforcement.”
Although Nigeria’s constitution and law provide for an independent judiciary, report concluded: “The judicial branch remains susceptible to pressure from the executive and legislative branches. Political leaders have influenced the judiciary, particularly at the state and local levels. Understaffing, underfunding, inefficiency, and corruption have at times prevented the judiciary from functioning adequately.”