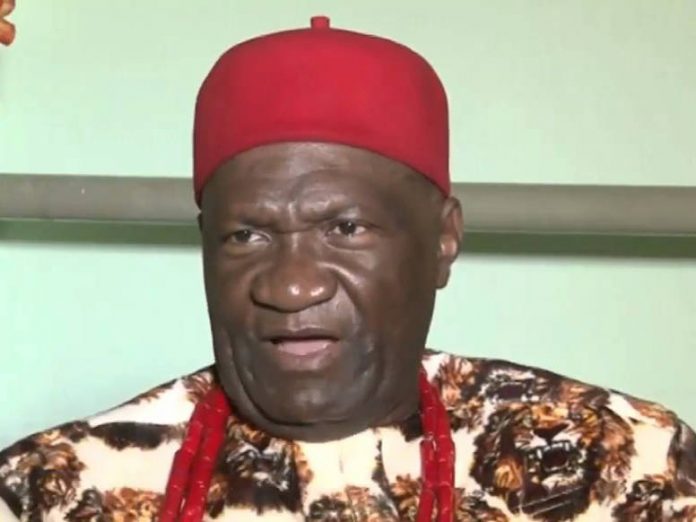 The apex Igbo social-political organization, Ohanaeze Ndigbo, has reacted to the security siege on the home of the Deputy Senate President, Ike Ekweremmadu.
DAILY POST had reported on Tuesday morning that officials of the Department of State Security Services, (DSS), the Police as well as the Economic and Financial Crimes Commission (EFCC)laid siege on Ekweremadu’s residence in Abuja.
In a statement forwarded to DAILY POST by the President General of Ohanaeze Ndigbo, Chief John Nnia Nwodo on Tuesday, the group warned that nothing should happen to the Deputy Senate President, Chief Ike Ekweremadu.
Ohanaeze said that the alarm has become necessary following some disturbing reports that operatives of the State Security besieged his house this morning for yet undisclosed motives.
The Organization said that while it would not begrudge the state for doing its statutory duty, it must be within the confines of the rule of law, more so that the nation is in a democracy.
“In a democratic setting as ours, we expect security agencies to be civil and work within the rule of the law without breaching the civil liberty of any individual.
Chief Nwodo said that Senator Ekweremadu being the highest Igbo man in this government is much cherished by his people and is expected that he should be accorded all the respect deserving of his position.

Ohanaeze recalled that another Igbo son, Senator Enyinnaya Abaribe was incarcerated for three days without any tangible reason.
“We will not want to be sentimental into believing that there are grand design to silent and humiliate Igbo leaders at the national level who are legitimately representing their people very well but whose stance on issues is not agreeable with the ruling authorities,” the organization said.
“It would do the nation’s democracy no good if people’s liberties are continuously being curtailed by an intolerant system.
“Ndigbo will not take kindly to any action that is intended to harass, intimidate or arrest Igbo leaders without following the due process of the law.
“If the Deputy Senate President breached any law, he should be taken to court and not to be put under house arrest. This certainly is a bad omen for our country.”

It's obvious God Is not happy With Nigeria – Ooni

BLOODSHED: Catholic priest blasts Buhari, says this time there will be no votes for You to buy