We’ll break out of Nigeria in 2019 – Yoruba coalition 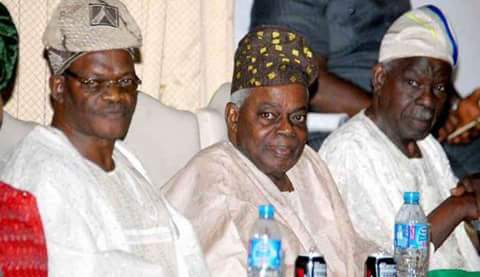 A coalition groups in the South West under the Yoruba Self-Determination Advancement Forum has described restructuring as the only lifeline for Nigeria’s survival.
They threatened that the Yoruba will break away from Nigeria if there is no urgent move to restructure the country.
The coalition, which comprises over 60 Yoruba self-determination platforms, said yesterday that restructuring would be its negotiating tool to support any presidential candidate in next year’s general elections.
YOSEDAF said it was open to negotiation with former Vice-President, Atiku Abubakar; a former Central Bank of Nigeria Deputy Governor, Kingsley Moghalu, or any other presidential candidate who has strong commitment to restructure the country.
In a statement jointly signed by its Convener, Evangelist ‘Kunle Adesokan, and Secretary, Kola Are, YOSEDAF passed a vote of no confidence on President Muhammadu Buhari’s government, saying things had worsened since his assumption of office three years ago.
The coalition accused the All Progressives Congress of reneging on its promise to restructure the country, noting that, “instead of restructuring, expansionist agenda, under the guise of cattle business with land-grabbing as the ultimate goal, has torpedoed the fragile unity of the country more than ever before.”

It said with the situation on the ground, the Yoruba were seriously contemplating “the likelihood of exiting Nigeria.”
“Indeed, that route is no longer a foreclosed option in the light of prevailing circumstances in the country since the injustice of June 12 was perpetrated,” it said.
“Our desire is that political participation would be based on restructuring and genuine federalism. In the last 19 years, however, our elite have either watered down our democratic ideals or consciously abandoned them.
“Those who rode to power on the back of such popular quests are today the greatest apologists of one Nigeria, at all costs – even at the expense of the Yoruba people.
“They really do not care if marauding herdsmen unleash terror on their people, insofar as they are in control of the government in the South-West. Such arrant nonsense cannot be allowed to continue,” the coalition said.
YOSEDAF said despite that Atiku was being accused of corruption, if he could guarantee the coalition of his readiness to restructure the country, YOSEDAF would support him.
He added, “You will come and sit down with us; we will negotiate and have an agreement. If it is a thief, (someone) that people have said is a thief, go and try him. If he is an armed robber, go and try him. If he is somebody without a certificate, charge him.
“Whether it is Moghalu, if he is able to guarantee that restructuring, let him come and negotiate with us and sign.”