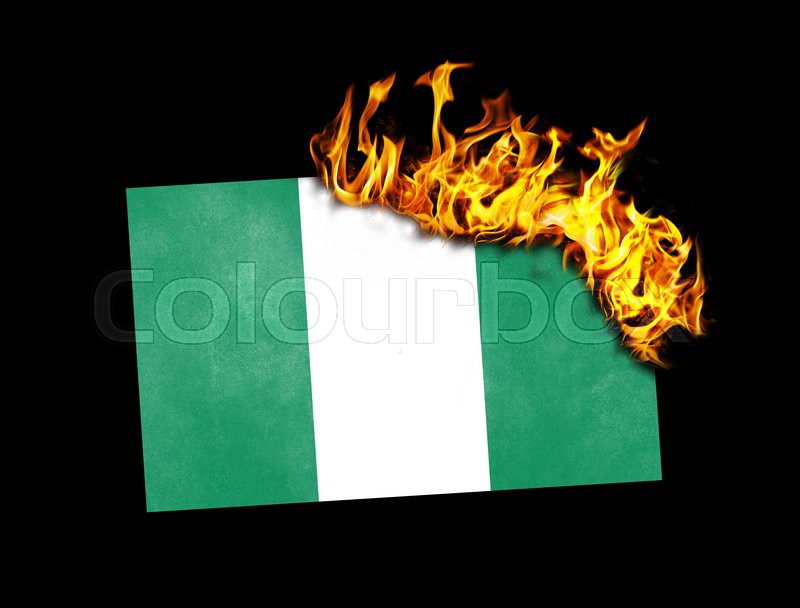 Should the marriage continue?
In 1914 Nigeria was amalgamated and gained independence in 1960, it was indeed an enrapturing moment. However, the people of the then Eastern Region of Nigeria after 7 years of independence decided to be on their own.
They decided to take their fate into their hands because they hated pretence, they hated the fact that Nigeria wasn’t sincere with her independence because in the real sense the weren’t independent as she still depend greatly on colonial masters and import goods that’s actually ridiculous since it’s something they had at their disposal. Why import what we already have? They asked! That was the problem but not only that;
The people of Eastern region were tired of cohabiting with people so frail and sluggish, people who couldn’t do anything out of creativity. They were tired of being exploited,  they wanted to put a stop to ethnic chauvinism, backwardness, pretence and corruption because it wasn’t a norm to them.
To Nigeria’s, “we don’t like your structure, it’s founded on fraud, and exploitation. We also don’t like this your clumsiness, hate attitude, and jihad lifestyle. We need to organize ourselves and live in harmony while thriving enviably”; they said.
The Eastern people, being  magnanimous and hospitable loved peace and didn’t want the dismantling of Nigeria but just a little  reorganizing and ending the strange occurrences like ethnic cleaning and genocidal mission. They tried peaceful means to end the saddening scenario in the country, they had to travel all the way to Ghana to subscribe to an agreement that’ll better the economy, breed peace and productivity. The agreement was signed and they happily returned home with hope of executing all they’ve agreed and watch Nigeria thrive beyond measures but things had to go awry as the agreement was flouted and the exploitation, massacring and sluggishness persisted.

The people of Eastern region once again said, “This people wanna tie us down, they want us to subscribe to this barbaric lifestyle, they want us to be their slaves, they don’t want us to grow and develop and we can’t take it.” While the were still musing on a way to end this, the Nigeria military struck and it was dawn on them that they had to do it forcefully.
The Federal Republic Of Biafra was born and it was a nation for the Easterners of Nigeria.
The people of Biafra had no weapons to fight as they initially didn’t prepared for war, they also discovered they couldn’t import weapons due to blockade by the Nigeria government. They had to fight with little ammunition they had.
The Nigeria opposition fought to ensure Biafra doesn’t come to play as they wouldn’t be able to exploit and dominate. The vowed to crush the newly born republic. The knew the Biafra people wasn’t prepared and speculated they’ll be defeated in less than three months.
Surprisingly and unbelievably, the people of Biafra did their magic and suddenly had manufactured all kinds of war equipments. Their opponents were taken aback at this development and what seems like a three month war as speculated became something else. The Nigeria government gained support of major world powers and were helped to crush the people of Biafra but these people were insurmountable due to their ingenuity and intuition.
The Biafra people remained insurmountable. The Nigeria government had to introduce a new strategy; food blockade. So the people of Biafra couldn’t get acess to food and their lands has been damaged due to war. Innocent children and women were dying due to hunger.
The people of Biafra after 30 months had to surrender to save precious lives of their children and wives. They withdrew their divorce lawsuit and remarried. The people of Biafra still insisted on a better structure and stopping of exploitation and was so agreed. The war was declared “no victor, no vanquish”.
THE MAGIC! The Biafra Republic in less than 30 months of existence produced and launch powerful bombs, grenade launcher, petroleum refinery, mobile artillery machine, varieties of armoured vehicles, airports, warplanes and other dangerous war machines.

They didn’t had Google then or any means of learning but the Biafra people built all of the above with natural talent and ingenuity.
During the same war, Nigeria heavily depended on international support, and importation of war machines. A show of sluggishness and lacking ingenuity.
It’s exactly 48 years after the war and Nigeria is now 58-year-old. BUT do you know that at 58, nothing has changed? Absolutely nothing.
Nigeria still depend heavily on importation, they import everything ridiculous, ranging from matches, salts and more. Do you know they import refined fuel and fish? This is a country that has abundant natural oil and gas and has the second largest african river in her possession. Despite being blessed with fertile land, they even import food.
The exploitation had gotten more intense, killings now a norm in Nigeria. In fact people often speculate that Nigeria is cursed and I won’t even have a contrary opinion because the happenings is something else.
If the people of Biafra were able to display such fabulous might under 30 months, by now Biafra would have been among top nations in the world. Some Biafrans who couldn’t cope with this kind of backwardness and unholy marriage had to travel abroad to nurture and showcase their ingenuity.
Nigeria has succeeded in taking Biafrans backward, people that produce warplanes, bombs and armoured vehicles by now should be producing modern aircrafts, luxurious cars, and probably exporting to developing nations and not importating what they initially produced. What does this tell you? Anything associated with Nigeria will have little or no progress and in most cases will retrogress.
Shamefully, after 48 years and at 58, Nigeria isn’t able to overdo Biafra 2-year achievements. Seriously should the marriage continue? Should it?
To be continued!
Written By Precious Chibuike Anya
Published on Eco City Reporters Blog