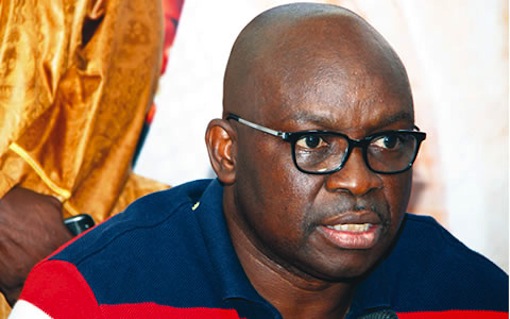 Ekiti state governor, Ayo Fayose, says Nigeria will be doomed financially if President Muhammadu Buhari is, for any reason, re-elected in 2019.
He said this when he paid a visit to Senate President Bukola Saraki and Ike Ekweremadu, deputy senate president.
Fayose condemned the siege laid to the residences of the duo, adding that the visit is to solidarise with them.
“Why we are here is to equally salute their courage for doing what they have done to salvage from these government of beasts which have no use for humanity,” he said.
“Beasts destroy, beasts cannot be cultured, beasts cannot be managed, beast have come to destroy the country.
“Let me say that we want to condemn in totality what happened to the deputy senate president, Ike Ekweremadu. It shows the level of their status. They behave like defeated souls who will stop at nothing to remain in power. If PDP had done this ahead of 2015 election, these people will not be in power.
“I want them to know that every plan without God will fail. I want the senators not to be intimidated. They should continue to struggle to make sure that this country is freed from the shackles of these taskmasters.

“Everybody needs to come together to drive away this government. If this man should return as president, we will be doomed financially.”
He commended the senators who defected from the APC, saying it was long overdue.
“It is long overdue. All the shenanigans in Ekiti, all the manipulations in Ekiti, this was one of the reasons they did that to make sure they intimidate and prevent them from carrying out this national defection,” he added.
“They are defecting because of Nigerians, not PDP. Just that PDP is the credible alternative.
“If you look at killings, nobody even counts anymore. It has gone beyond counting. What they do represents the feeling of Nigerians.”