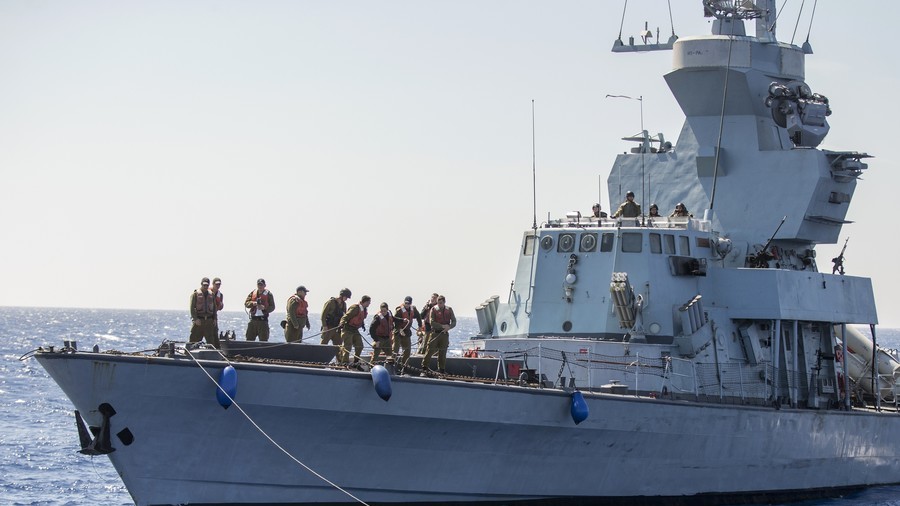 Benjamin Netanyahu has lashed out at Israel’s arch-foe Iran, vowing that any attempt by Tehran to block the key waterway off Yemen’s coast would be met by force from the “international coalition” and Israel in particular.
The harsh statements by the Israeli PM, who was speaking at a graduation ceremony for naval officers on Wednesday, were referring to the recent Houthi attack on a Saudi oil tanker off Yemen’s western coast. The Saudi-led coalition has repeatedly said the Houthis are armed and supported by Iran, but both the group and Tehran deny the claims.
Yet, Netanyahu branded the incident “a sharp clash with Iran’s satellites who tried to sabotage international shipping” at the mouth of the Red Sea. The Saudi-led coalition insists that its oil tanker was attacked by the Houthis in the Bab-el-Mandeb Strait located between Yemen and Eritrea and Djibouti on the Arabian Peninsula.
Nobody was injured and the damage posed no threat to the environment.
“If Iran tries to block the Straits of Bab al-Mandab, it will find itself facing an international coalition determined to prevent it from doing so, and this coalition will also include the State of Israel and all its arms,” Netanyahu warned.
Defense Minister Avigdor Lieberman backed Netanyahu’s statements on Tehran, saying that “recently, we have heard of threats to harm Israeli ships in the Red Sea.” Speaking at the same ceremony he promised that the Israeli military is ready “to respond simultaneously on two fronts, and also on the Red Sea.”
“Only in that case we would be less selective and the harm to our enemies would be greater. I hope they take that into account,” he added.

The Saudi-led coalition has been waging a military campaign against Shia Houthi rebels in Yemen since March 2015, in an attempt to put the ousted Yemeni president Abdrabbuh Mansur Hadi back in power. The intervention and blockade of the country has contributed to a massive humanitarian disaster. Since the start of the campaign, the coalition has been accused by human  groups and activists of killing thousands of civilians but it has rarely accepted responsibility.
The Houthis, who control Yemen’s capital Sanaa and large parts in the north of the country, have been occasionally targeting Saudi oil facilities. In April, a Saudi oil tanker was also struck by Houthi rebels in the Red Sea, west of Yemen’s Hodeidah. The vessel sustained “minor damage” and continued on its route.
Source: rt