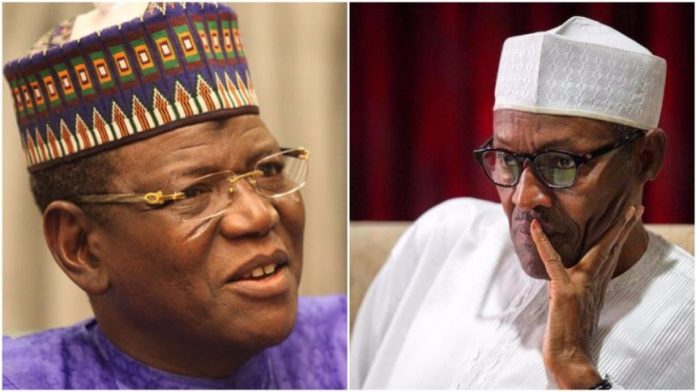 A former Governor of Jigawa, Alhaji Sule Lamido, on Monday in Abeokuta said he has confidence in the ability of opposition party PDP to regain power at the national level in 2019.
Lamido who spoke with journalists shortly after attending a meeting with PDP leaders and members in Ogun said plans were in full gear to return the party where it belonged.
“We are on course in the effort to make sure the party in 2019 win the presidential election and in every state of the country,’’ he said.
Lamido, a presidential ticket hopeful on the platform of the PDP, said the ruling party “APC has failed Nigerians and they are currently battling with hunger and poverty’’.

He urged the electorate to get their voter cards ready in a bid to vote “a more credible party into power, come 2019″.
On the frosty relationship between the executive and legislative arms of government,  the former governor urged the two arms of government to allow the rule of law to prevail.
He said the two arms of government are in place to support one another in the overall interest of Nigerians, adding that “no arm of government must encroach on the other’s area of jurisdiction.
“I was in the House of Representatives and the legislature has its own character, its own tradition and its own rules and regulations. They are there to support each other for Nigerians.
“The three of them (arms of government) have to work in tandem to make Nigeria a very strong and united nation.
“When one tries to encroach on the other’s area of jurisdiction, it means you are destroying the institutions. The three are there designed to check each other,” Lamido added.