Home / News / Nigeria Have Not Seen Her Worse Economic Meltdown Or Seen The Worse Killings And Religious Wars Yet, Until PMB Won 2019 Election, Then You"ll Know Better – Ibrahim Bunu Reveales

Nigeria Have Not Seen Her Worse Economic Meltdown Or Seen The Worse Killings And Religious Wars Yet, Until PMB Won 2019 Election, Then You"ll Know Better – Ibrahim Bunu Reveales 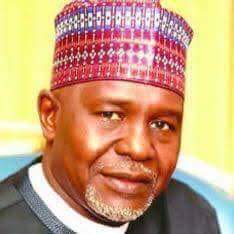 Do you think you have seen Nigeria at her worse economic meltdown or seen the worse killings and religious wars yet? Well if you think so then just wait until our very dear PMB wins the 2019 presidential election then you’ll know better…

In the meantime, please ignore your hatred for reading and read this to the end because it is a wake-up call to all of us who wants things to get better in Nigeria.
In 2015, we changed a govt under which human beings and businesses fared well. The South watched as the Northern oligarchy, with the help of Lagos media, demonised the govt of the day, manipulated the electoral process to install a radical Islamist and we said nothing.
1. He appointed our Chief of Army Staff and Chief of Air Staff from his tribe/religion, we said nothing.
2. He appointed our National Security Adviser from his tribe/religion,we said nothing.
3. He followed it up with appointment of DG DSS from his village/ religion, we clapped for him.

4. He appointed Chairman EFCC from his tribe/religion; we kept quiet.

13. He appointed his kinsman, same religion, tribe and region the INEC Chairman, just to ensure he declares him winner even if he loses, and we equally said nothing!

14. He appointed the Attorney General of the Federation and Minister of Justice from his tribe and religion, we said nothing too!
15. A man is elected President and he concentrated the appointments of heads of entire security agencies in the country in one religion and region and you didn’t notice it was in furtherance of an agenda?
16. Why is he so interested in having all the security heads from his religion and region?
17. Generals Obasanjo and T.Y. Danjuma, President Buhari’s major supporters, have come out publicly to speak on their fears for Nigeria. The elders know Nigeria is sliding into great danger. Any moment from now, like they called Chief Obasanjo names; they will call Gen. Danjuma too.
They might tell you it’s because PMB has stopped corruption that the General is angry and crying. They won’t tell you that General Danjuma is a very rich Nigerian already that do not need anything from govt appointees.
18. Once President Buhari returned from London, after his last discharge from hospital, at the peak of IPOB agitation, he made a national broadcast and launched “Operation Python Dance” to deal with IPOB. His Attorney General applied to court to declare IPOB a terror group and proscribe it. IPOB never killed a single Nigerian to our knowledge.
19. Uptill this day, the President has not made any broadcast on fulani herdsmen and their militant wing, that have killed and pillaged Nigerians in their thousands. Their leaders come out to take responsibility for such killings and they are still walking free. No arrest. No prosecution. It is an agenda.
20. Who do we now blame? We were warned but we didn’t heed the warnings. We needed change so badly and anything but Jonathan was fine.
21. Chief Femi Falana, Pastor Bakare and other rights advocates, you have let Nigerians down. You spoke so vehemently against GEJ but kept quiet in the face of tyranny, injustice and killing of Nigerians under PMB. God will request the blood of the Nigerians who have died in the hands of the emboldened herdsmen,at your hands.
As General Danjuma said, we are in real danger in Nigeria. Silence is no longer golden!

Facebook Comments
Loading...
Related ItemsNewsNigeria
← Previous Story  No One Is Save From This APC Government, All well meaning Nigerians should stand up against this dictatorship Before Is Too Late – Wike Speaks
Next Story → Fear Grips Nigeria As UK Government Reacts Over DSS siege at National Assembly