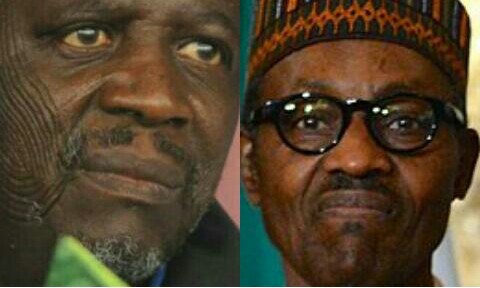 Alhaji Attahiru Dalhatu Bafarawa a former governor of Sokoto State in Nigeria from 29 May 1999 to 29 May 2007 has said President Muhammadu Buhari was trained to kill and not to rule, hence blamed Nigerians for voting him as their ruler.
Bafarawa said this in Lafia, the Nasarawa State capital, on Sunday when he declared his intention to contest the 2019 presidential election on the platform of the Peoples Democratic Party.
Speaking at the PDP state secretariat, Bafarawa explained that he left the All Progressives Congress because of the injustice meted out to him by the party.

He said: “Buhari is a soldier trained to kill, but not to govern.
“Don’t vote somebody to power who does not possess democratic tenets to govern a country as Nigeria.”
The state Chairman of the PDP, Francis Orogu, said the visit of the presidential aspirant was apt and timely.
Orogu described Nasarawa State as a PDP state, adding that though the party was not in control, it was able to produce two senators and three House of Representatives members.

TENSION!!! We Are Unhappy with You Over the Sack of Our Brother, Daura – Buhari's Cabals Tells Osinbanjo