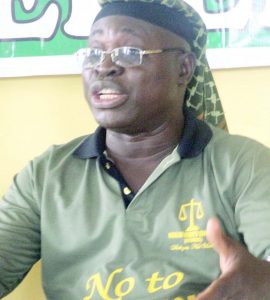 As Nigerian Muslims warm up for the Eid el-Kabir festival, the Muslim Rights Concern (MURIC) has cautioned Nigerian Muslims to spend within the limits of their incomes.
The advice was contained in a statement signed by its Director, Professor Ishaq Akintola, made available to AUTHENTIC News Daily on Tuesday August 14, 2018.
“Just like hajj, the sacrifice of ram is only for those who have the wherewithal. It is not mandatory. This dogma of compulsory annual sacrifice is sheer bunkum. We urge every Muslim bread-winner to be wary of the dire consequencies of overspending. Allah does not place a burden heavier than any soul can bear on him or her (Qur’an 2:286). The Glorious Qur’an warns against extravagance and calls spendthrifts brothers of Shaytan (Qur’an 17:26 – 27). It is even our piety that Allah needs, neither the meat nor the blood of the rams which we sacrifice reaches Allah (Qur’an 22:37).
“We must distance ourselves from this culture of waste. What pride is there if we borrow money to slaughter ram but whistle for our dinner for weeks after the festival? What wisdom lies behind wasting money on sacrificial ram or festival clothes when we are yet to settle our children’s school fees? Which one should come first: the children’s education or Salah ram and clothes? We must get our priorities right”.

MURIC also descended on pilgrims who embark on hajj for primordial reasons. “Hajj is a spiritual journey for closeness to Allah. What is your business in a golden teeth shop? Why must you change your dentures to gold in Makkah or Madinah? Did the Prophet (peace be upon him) carry a golden teeth? Must you adorn your teeth with gold just to announce your hajj status? Is your hajj a publicity stunt or a spiritual exercise?
“Nigerian pilgrims who are currently in Saudi Arabia are strongly advised to get the hajj message right. Hajj should not be commercialized. It is not for a shopping spree. Please go to Dubai if your intention is to go shopping and leave Makkah and Madinah for genuine worshippers. While it is true that purchases are allowed in the holy land, this should be after the hajj and it should be done moderately.
“It is not your business to buy up all goods and merchandise inside a Saudi shop just because you want to share out gifts on your return from hajj. You must let friends and neighbours know the difference between going on hajj and going for shopping. Combining the two is not only ridiculous but also self-defeating”.
Concluding, Akintola advised Nigerians to desist from pressurizing returning pilgrims for gifts. He argued that what we should be eager to get from those who return from hajj is prayers.
“We must de-emphasise materialism. Stop asking them what they brought for you from Saudi. Stop begging for Salah meat. These are precursors to corrupt enrichment as some are pushed to borrow or overspend or steal just to satisfy colleagues at work, friends and neighbours.”

It would be recalled that Saudi Arabia has announced Sunday, 12th August, 2018 as the first day of Dhul-Hijjah, 1439. Sequel to this announcement, the Nigerian Supreme Council for Islamic Affairs (NSCIA) under the leadership of the Sultan of Sokoto, Alhaji Muhammad Sa’ad Abubakar III, followed suit by announcing that Monday 20th August will be Arafat Day while the next day, Tuesday 21stAugust will be Id al-Kabir.
By AUSTIN OWOICHO, Abuja

Buhari is a Failure, Nigeria will cease to Exist Soon – Lamido