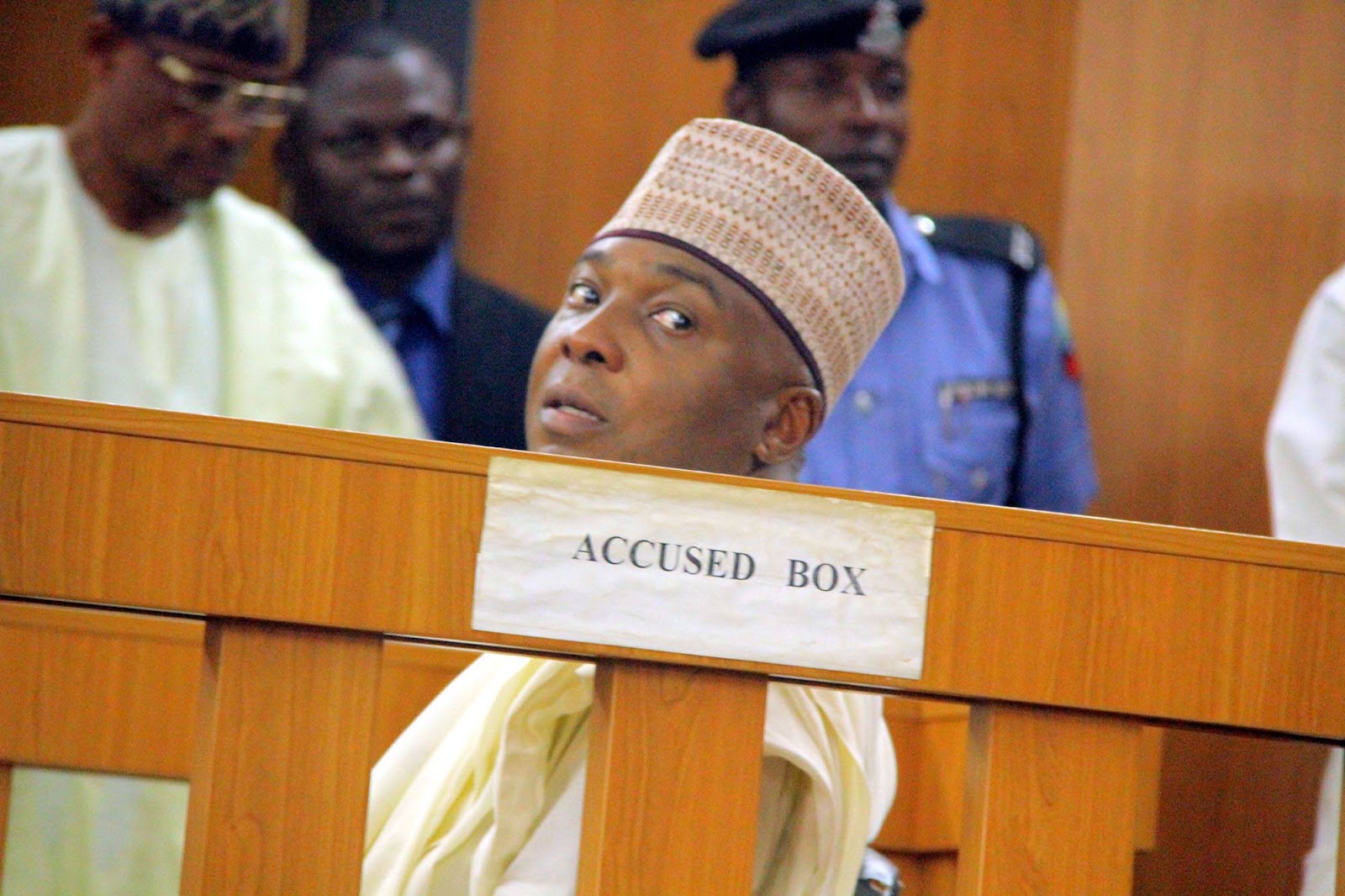 The Federal High Court in Abuja has been asked to among other things, restrain the Attorney General of the Federation (AGF), the Inspector General of Police (IGP) and the Department of State Services (DSS) from supporting any effort to sack the Senate President Bukola Saraki through means other than that provided for under Section 50(2)(c ) of the Constitution.

The request form part of the reliefs in a suit filed on Monday by Senators Rafiu Adebayo (PDP, Kwara South) and Isa Misau (PDP, Bauchi Central) through a team of lawyers, including former Attorney General of the Federation (AGF) Kanu Agabi (SAN) and Mahmud Magaji (SAN).
The plaintiffs stated that, going by recent occurrences and utterances by some leaders of a faction of All Progressives Congress (APC), from which they had defected, they were convinced of plots to force Saraki off the Senate President’s seat by means other than that provided in Section 50(2)(c ) of the Constitution.
Section 50(2) provides: “The President or Deputy President of the Senate or the Speaker or Deputy Speaker of the House of Representatives shall vacate his office…. (c) if he is removed from office by a resolution of the Senate or of the House of Representatives, as the case may be, by the votes of not less than two-thirds majority of the members of that House.”

Misau stated, in a supporting affidavit, that there was evidence of threat of constitutional breach which require the court to intervene by restraining the defendants from resorting to unconstitutional means to actualise their alleged threat and plot to unseat the Senate President following his defection to the PDP.
The plaintiffs are praying the court for, among others, an order restraining the 9th, 10th and 11th defendants, either by themselves, agents, servants, privies by whatsoever name so called from enforcing any act of the 1st, 3rd to 8th defendants purporting to have removed the 2nd defendant from office without such act being in compliance with the provisions of Sections 50(2) of the Constitution of the Fedora! Republic of
Nigeria, 1999 (as amended).
They are also seeking a declaration that the President of the Senate cannot be said to have vacated his office by virtue of Section 50(2)(c) of the Constitution when he has not been removed from office by the votes of not less than two-third majority of the members of the Senate.
No date has been set for the hearing of the suit.

We Are Totally Agree With Biafrans And Also Join To Exit Nigeria, Restructuring Is Too Late, We Need Our Own Republic – Yoruba Libration Command Blows

Nigeria Represents Backwardness, Every Intelligent Persons Should get out of that entity – American Man Spits Fire