Home / News / Any Igbo/Biafran Still Claiming One Nigeria is a Bunch Of Fool, Defend Your Identity lose it forever – Asari Dokubo Breaks Silent

Any Igbo/Biafran Still Claiming One Nigeria is a Bunch Of Fool, Defend Your Identity lose it forever – Asari Dokubo Breaks Silent 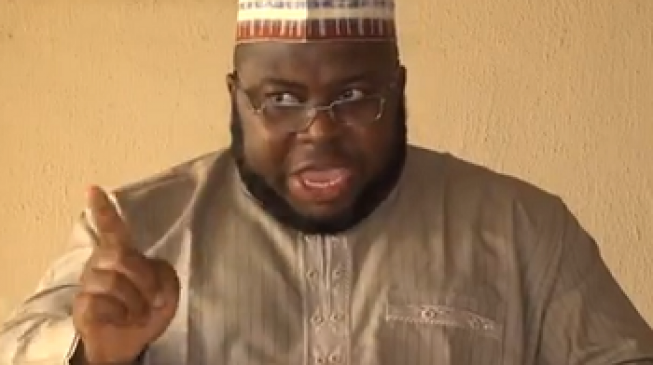 It’s such a shame that we enjoy living in denial.
Charley boy was protesting for Buhari to either resume or resign and he was brutalized and visited with a festival of teargas leading to his collapse. And this atrocious treatment was meted to him, not under Buhari the tyrant but under the same man (Osinbajo) who stand to benefit should Buhari quit.
24hours later, the remorseless genocidal Arewa Youths did their own protest and were guarded and guided by police escorts on horseback. The same police that just anointed the 66 year old Oputa son with teargas.
When I see Igbo man claiming #OneNigeria and trying to use his head to break the Nigerian coconut I simply want to pause and die crying. Crying at a people with an iniquitious sense of history.

Nzeogwu executed a coup with soldiers from the rest of the country but at the end, it was tagged an Igbo coup and millions of my kind (both soldiers & civilians) were mercilessly slaughtered.
Today, we have a quit notice and hate songs hanging round our necks in the north and an Igbo man is leading Buhari #ResumeOrResign protest to set the stage for the North to accuse us of ousting Buhari even when we stand to gain absolutely nothing from either his resumption of duty or resignation.
Why are the Yorubas quite?
Where are the Femi Falanas, Tunde Bakare, Soyinka and co??
Any student of strategic studies knows that the Yorubas are simply being strategic with their silence.
The fact that our brother chose to protest for the return of the death merchant called Buhari or his resignation (none of those two options will benefit either Ndigbo or Nigeria in general) rather than protest for the over haul of this Lugard Cage, is a testament to the fact that his “Our Mumu Don Do” campaign is nothing short of a tragic irony.

He didn’t protest the quit notice against his own people. He didn’t protest for the FG to understake to protect Igbo lives come Oct.1st. He didn’t even protest for the amendment of the atrocious 1999 apartheid manual called the constitution or even for restructuring at least.
He was fighting a war in which him and his people stand to gain nothing but loose everything.
Charles Oputa might end up as a tragic victim of his misplaced patriotism.
Nigeria makes patriotism impossible for Ndigbo.
“A man must accept his fate or be destroyed by it”.

Facebook Comments
Loading...
Related ItemsNews
← Previous Story 2019: PVC Are For Fools, Boycott Is For The Wise Ones – Biafrans Explodes
Next Story → Any Igbo/Biafran Still Claiming One Nigeria is a Bunch Of Fool, Defend Your Identity Or lose it forever – Asari Dokubo Breaks Silent