Home / News / "I Jog almost everyday and no one knows about it, you trek '800 metres you are now making noise" — Atiku mocks Buhari

"I Jog almost everyday and no one knows about it, you trek '800 metres you are now making noise" — Atiku mocks Buhari 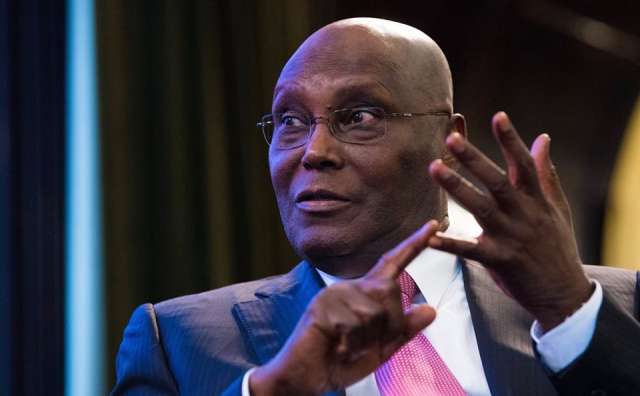 Former Vice President, Atiku Abubakar has mocked President
Muhammadu Buhari for publicizing his ‘800metres trek’.
Buhari’s Senior Special Assistant on Media and Publicity, Garba
Shehu had on Tuesday said that the 800 metres trek embarked
upon by the president from the Eid ground to his private
residence in Daura, Katsina State is an indication of his fitness
to seek re-election in 2019.

Reacting, Atiku posted a photo of him working out in his gym.
The Wazirin Adamawa said he jogs more than a mile and
doesn’t make noise about it.
He wrote on his Twitter page on Wednesday: “I regularly jog
more than a mile & exercise, but it will be pedestrian of me to
ask Nigerians to vote for me because of that.
“I want my party – the PDP, and Nigerians, to vote for me
because I WORK not because I WALK. I will work to create
jobs. I won’t walk to create an illusion.”
  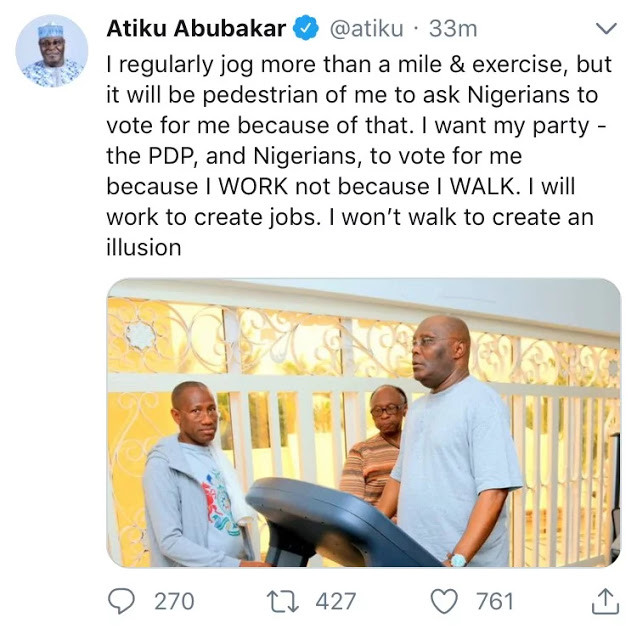