Home / News / "Buhari is the worst president since the existence of Nigeria, poor innocent civilians has died carelessly under his watch" – Keyamo spits fire

"Buhari is the worst president since the existence of Nigeria, poor innocent civilians has died carelessly under his watch" – Keyamo spits fire 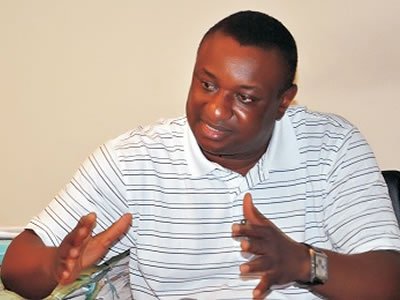 Festus Keyamo, a lawyer, on Thursday said that no president, since 1999, has touched the lives of the poor and vulnerable Nigerians than President Muhammadu Buhari.
Mr Keyamo, who is the Director Media, Buhari Campaign Organisation, said this in Ilorin at the inauguration of Buhari/Osinbajo Project 2019.
Mr Keyamo who delivered a lecture at the occasion also said no government in the country has recovered stolen money that belonged to Nigerians as President Buhari.
He said the previous administrations established the worst system of government, based on sharing formula of the nation’s treasury.
“They operated a system that ignored physical infrastructure in the country, that ignored the plight of the poor, the weak and the vulnerable in Nigeria.
“If you compare what accrued to the country in 16 years and what were done with the money earned in three years and infrastructure built by Buhari, you will see the difference,” he said.

“In 16 years, all they did in the South East was Onisha-Owerri road, whereas in three years, President Buhari is doing four major road construction in the region,” Mr Keyamo said.
He said what Mr Buhari has done was to take the bullet from the rich to protect the poor.
“You have a president who has fought for you, why can’t you fight for him.
“This is the time he needs you more to fight for him. It is reciprocal and that is why we must remind ourselves today why we must stand firmly behind him in 2019.
“I can tell that there is no government in the history of this country since 1960 that has addressed the plights the poor, the vulnerable in the last three years than this government,” he said.

He listed the administration’s intervention programmes for the poor and vulnerable which included the N5, 000 monthly stipends, feeding of over eight million school pupils and soft loans of between N250, 000 and N350, 000 to small business owners.
“These social
programmes show that Buhari’s government is touching the lives of the poor than the rich,” he said.
According to him, before Mr Buhari came on board, over 24 state governments were unable to pay salaries of their workers.
He said the administration, with prudent management of resources, approved bailout funds to the states to clear the arrears and address their critical challenges.
“We should not go back to that era of nonpayment of salary and suffering of the masses,” Mr Keyamo added.

He also called on the people of Kwara that the time has come to free themselves from slavery, from oppression and subjugation.
“You must fight for your liberation before you can be liberated, we must come together to salvage the state form the oppressor.
“No man is god, no to hegemony in Kwara, you must stand firm, this is the time Kwara people are living Egypt for the promised land,” he said.
The inauguration was attended by chieftains of APC in Kwara including Iyiola Oyedepo, Simeon Ajibola and Musbau Esinrogunjo.