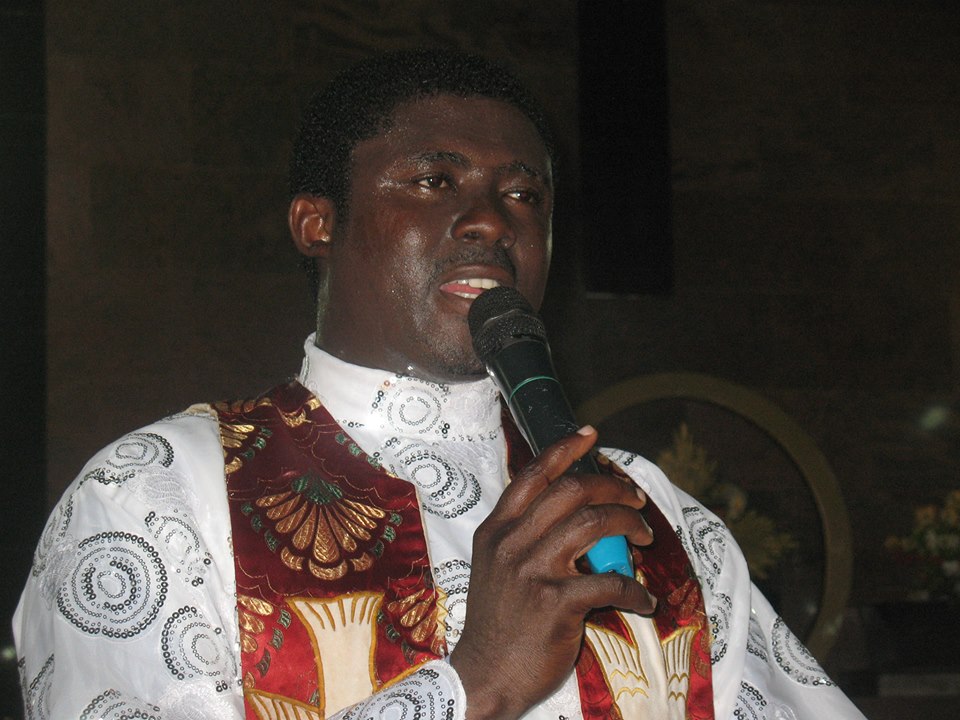 Ahead of the 2019 general electons, Charismatic Anambra Catholic Priest, Reverend Fr. Emmanuel Obimma, popularly known as Ebubemonso has cautioned the South-east against being deceived by the promise of Igbo presidency in 2023.
The cleric spoke at his Holy Ghost Adoration Ministry, Uke, Anambra State, when he received Eighteen (18) of the first Christian converts in Guangzhou, China, who arrived Nigeria as pilgrims.
The team comprising three Catholic priests, two Catholic Reverend Sisters and other Chinese Christians were accompanied by seven representatives of Nigerians resident in China.
In his sermon, Fr. Ebubemonso also cautioned against launching of Operation Python Dance 3 by the Nigerian Military.

“The problem of Nigeria is recycling of power and having said this I also want to warn that the Northerners should stop using Igbo Presidency 2023 to deceive Ndigbo as it is impossible to materialize unless by divine mandate,” he said, regretting that “Igbos are complacent in pursuing a collective interest, though quick to pull down their own brothers.”
Ebubemonso, who was visibly worried on the arrest, detention and incarceration of over 100 women in Imo State, described it as “a shame and a disgrace to President Muhammad Buhari’s government.”
While rejecting the plans by the military to establish operation Python dance 111 in the South East, Ebubemonso said “the Army should take the operation Python Dance 111 to Borno State and other states in the North East where Boko Haram is ravaging not in South East where there is peace.”
He raised alarm that the Python Dance mission was a sinister move to wipe some other youths after so many lost their lives during the Operation Python dance 11.

On the visit by the Chinese Christians, he said he saw the revelation many years ago that Uke community Adoration ground would be an attraction internationally for pilgrims as God had chosen it as a healing ground.
Fr Obimma who spoke on ” silencing the accuser ” asked Christians not to yield to the scheming of the enemy but to be focused and battle the devil to a standstill, then expand their internal horizon through wisdom to survive better.”
He encouraged Christians to pray for the Chinese Christians “as it is very difficult to worship Jesus Christ in such a Communist nation.”
He thanked Emeka Ugoagwu, the Divine Love prayer group China leader, for taking Charismatic movement to China, which heralded Christianity in the city of Guangzhou.
Addressing the congregation, leader of the Chinese delegation, Mary Lu appealed to Christians in Nigeria to pray for Chinese people to receive Jesus Christ in their lives as the only Lord and Savior.
Lu, who is the Coordinator of the Chinese Charismatic Group, Yide, road, Sacred Heart of Jesus Cathedral, Guangzhou, China recounted how they encountered Jesus Christ in Guangzhou City through Rev Fr Emmanuel Obimma, who he said God used to heal their brother suffering from a terminal cancer.
She said they accepted Jesus Christ in 2006 and that two years later encountered Rev Fr Ebubemonso who joined them to a hospital where their brother was counting his days on earth but God used Fr Ebubemonso to restore his health.

Lu said her team were in Nigeria on Pilgrimage, courtesy of Divine Love Prayer Group China led by its coordinator, Brother Emeka Ugoagwu, to learn the rudiments of serving Jesus Christ and evangelism.
Later in his speech, Mr Emeka Ugoagwu, coordinator of Divine Love Prayer Group China, confirmed the cancer healing story and announced that this was the first time such number of Chinese were living their shores to another country for a Church trip rather than business and other related engagements.
He explained to Fr Ebubemonso that the people of China were still waiting for him to return after God used him to restore health to the cancer patient, at least to spread the gospel in other parts of China not only Guangzhou.
An All Progressives Grand Alliance, APGA, Governorship aspirant in Imo State, Steve Nwoga who attended the event, in an interview prayed God Almighty to grant the pilgrims the grace and anointing to preach the gospel in a communist country like China, to enable them overcome persecution and reach the over 1 billion Chinese in their country who do not know Jesus Christ.