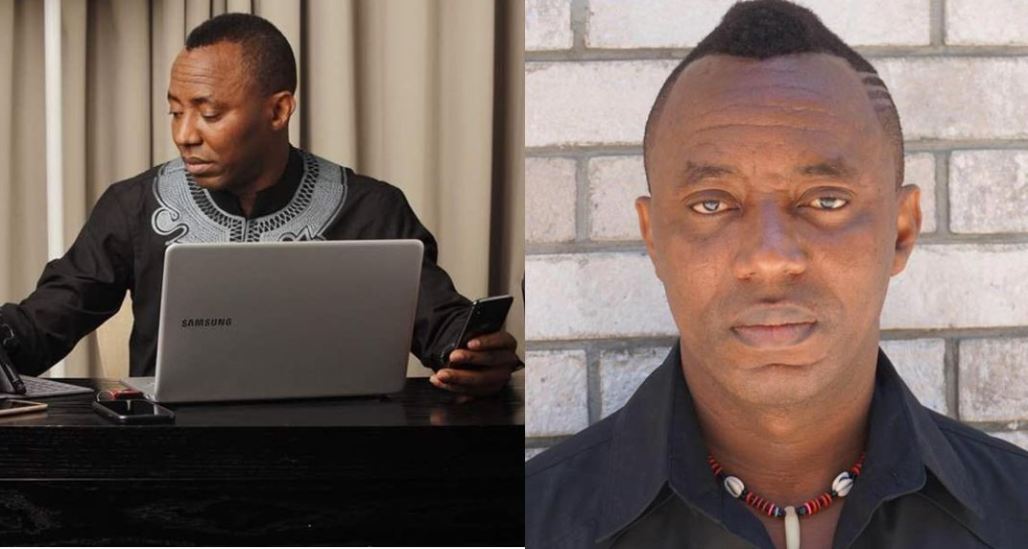 2019 presidential election, Omoyele Sowore, has guaranteed immediate freedom for Ibrahim El-Zakzaky, leader of Islamic Movement of Nigeria, if he’s elected president in 2019.
The Sahara Reporter boss also said that he will Legalised “WEED” if Nigerians vote him comes 2019.. He gives reason why weed should be legalized and the reason seems to be hilarious to many Nigerians..
View Profile instablog9ja
1.6m followers
View More on Instagram
27,264 likes
the Inspector General of Police, Ibrahim Idris, has sent out warning
operatives of the Federal Special Anti-Robbery Squad (FSARS) to desist from running after internet fraudsters, Dailytrust reports.

He said they had the mandate of curbing armed robbery and kidnapping, warning that any officer caught arresting cybercrime suspects would be sanctioned appropriately.
Idris gave the warning yesterday at the FSARS headquarters at Magbo in Abeokuta, Ogun State. He was represented by the team leader of South West Monitoring Fact Finding Committee on SARS Reform, DCP Adepojulo Ilori.
He assured the people of what he called “positively transformed” operatives of FSARS. He said the committee had embarked on the inspection of SARS detention facilities across the southwest states.
READ ALSO: ‘I Still Get Nervous Around Don Jazzy’ – Tiwa Savage
Part of the committee’s mandate was to decongest the detention facilities and submit a comprehensive report to the IGP.

The committee reviewed the case files of all the suspects in detention and promised to transfer all civil cases to the State Criminal Investigation Department (SCID) for further investigation to decongest the detention.
Addressing journalists later, Ilori said: “we are visiting all the FSARS facilities in all the commands in the Southwest states and ensure that the IGP’s directives are strictly complied with. To achieve this, we are soliciting the usual unflinching support of the media, the civil liberty organization, human rights organizations and the entire members of the public to promptly report their observation to the CP of the state concerned because we cannot achieve
without your cooperation.

“We are very sure as from now that you are going to see a positively transformed FSARS operative that will now function as per their specific role of nipping robbery, armed robbery and kidnapping activities in the bud. This why we are here.
“For now, SARS will be operating in our normal uniform until after we might have completed our fact finding mission even the presidency will still have inputs.”

I will Expose Jonathan If, Omokiri Don't Stop Attacking Me – Former IGP Warns

"The illegal Arrest of Innocent Civilians is too much, Buhari Must cease from such action now" – Amnesty Warns