Home / News / Only Brainwashed Person Supports a Killer like Buhari, You've been eaten up by Okija Shrine – Omokri blasts Ngige

Only Brainwashed Person Supports a Killer like Buhari, You've been eaten up by Okija Shrine – Omokri blasts Ngige 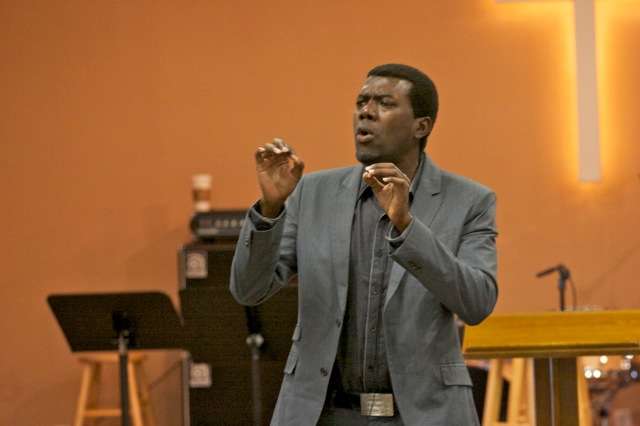 Reno Omokri, a former aide to ex-president Goodluck Jonathan has reacted to the comments by the Minister of Labour and Employment, Dr Chris Ngige on why Nigerians should clap for President Muhammadu Buhari and the All Progressive Congress (APC ) over his performance.
Recalls that Ngige told journalists in Onitsha, Anambra State on Sunday, that Buhari and the All Progressives Congress (APC) had revived the economy and deserved applause from Nigerians on a daily basis.
But Omokori has now said that Nigeria under the government of Buhari has lost 11 million jobs and has become the headquarters for extreme poverty, alleging that Okija shrine must have done some damage to Ngige’s brain.

He twitted, ‘’I hope Okija shrine did not do permanent damage to Chris Ngige’s psyche! How can he ask us to clap for a Buhari under whom Nigeria lost 11 million jobs and became the world headquarters for extreme poverty and whose government wants us to give land for cattle ranch or die?
‘’Let this be a lesson to all politicians. Do not consult fetish priests to secure power or you may end up like Chris Ngige-sitting in an air conditioned office, yet still as stark raving mad as a lunatic on the street! Asking us to clap for an inept man who has made life in Nigeria hell! #RenosDarts.
‘’Ngige says Nigerians should be clapping for president Buhari and thanking God for the APC.but what are we clapping for? Do we clap for?
‘’ Being the world headquarters for extreme poverty.

‘’ For our foreign debt doubling in just 3 years.
‘’For moving 12 places backwards in transparency internationals CP.
‘’For saying giving land for cattle ranch is better that death.
‘’For thousands of Nigerians killed by herdsmen without nothing being done to the killers.
‘’Naira loosing 85percent of its value and being rated the 4th worst performing currency in the world.
‘’The sycophancy of people like Ngige makes you realise that until you give a man power, you can never truly know him.’’

Facebook Comments
Loading...
Related ItemsNews
← Previous Story I fearlessly Challenge you to Tell Nigerians the truth About Boko Haram in this country, They want to know – Fayose Speaks up, Questions Buhari
Next Story → It's Impossible, No President Can Survive without the Igbos, just try and see – Bafarawa Opens up