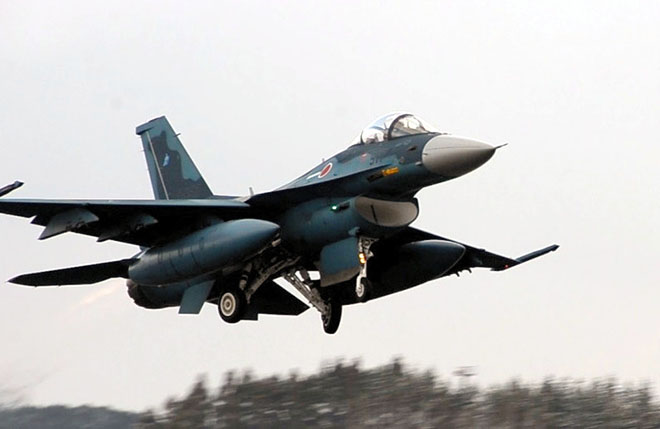 There was pandemonium in Abuja at about 1.30p.m, on Monday, as a two fighter jets and a Boeing military plane flew across the Three Arms Zone.
The Three Arms Zone houses the Presidential Villa, the National Assembly and the Supreme Court.

The area is ordinarily a ‘no fly zone’, but the three planes defied it.
Our correspondent, who was in the National Assembly when the incident occurred, saw some staff scampering for safety, when one of the fighter jets flew very close to the roofs of the of the buildings.
As at the time of filing in this report, it could not be ascertained what could have warranted the incident.
Details later…
-Sunnewsonline

"Igbo Governors Does not Represent Us Anywhere", Says IPOB, As they Claim Mouthpiece of Masses

"We don't want to disobey UN order,  Biafrans Should Go with only 5 eastern State" – Buhari begs Igbos, moves to sell off FG Assets in Southeast