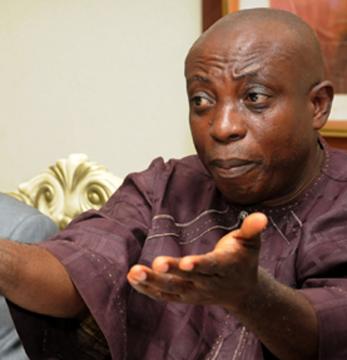 The leader of the Biafra Independent Movement, Chief Ralph Uwazuruike, has said he is not moved by the quest for an Igbo man to become Nigeria’s President in 2023, but concerned by the safety of lives and property of the people, especially in the northern part of the country.
“What I am interested in are the lives and property of my people in the North and not whether an Igbo man will become Nigeria’s President in 2023”.
Uwazuruike, who spoke on Tuesday in Owerri, the Imo State capital when the former Vice Chancellor of Ahmadu Bello University, Zaria, Kaduna State, Professor Ango Abdullahi, and his entourage visited him, contended that the lives and property of Igbo people were more important than the people’s political quest.

He noted that the Igbo people had greater numerical strength in the north and property than any other ethnic nationality in the country.
Uwazuruike stated that the protection of lives and property of Igbo people was one of the primary reasons that spurred his interest to form MASSOB and BIM.
“I am weeping because the lives and property of the Igbo nation in the north, overtime, are not protected and guaranteed,” he added.
The PUNCH gathered that his presentation to the North through the former VC was following Abdullahi’s academic prowess, antecedents, proven integrity and track records.
“I make this appeal and presentation to you Sir because I vividly know that you are a force in the North and your brothers always listen to you, whenever you speak to them. Sir, if there is anything wrong the Igbo people in the North are doing, please do not hesitate to let me know so that we can design a strategy towards stopping them for peace and harmonious inter-personal and ethnic co-existence to reign”.

Responding, Abdullahi said he was an ardent apostle of the late Dr Nnamdi Azikiwe philosophy of oneness, unity, peace and progress.
He said, “If there is one person in the present-day Nigeria, who still tenaciously upholds that ideology of Zik, I am the one. I strongly believe in it because nothing good has ever come out when a group of people is in disarray. I thank you, Uwazuruike for showing concern and sharing the same ideology/philosophy which originated from Zik and I emulated.”
The former VC assured him of unalloyed assistance, adding that he would make things work as he requested. “You don’t need to worry about that, with the help of God Almighty, we shall make things work”.