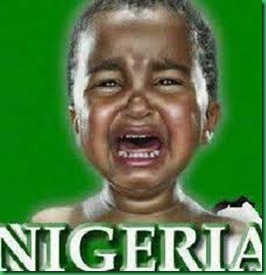 BIAFRA: THE EMERGENCE OF BIAFRA HAS BROKEN THE WALL OF NIGERIA
We’re Biafrans the light that gives peace to Africa and the world at large.
We’re Biafrans! Our freedom shall restore the lost pride of Africa and bring her race to lane.
We’re children of the Rising Sun. Recognized, anointed and flourished like a palm tree by the creator of the whole universe.

A media Analyst, Sunibest Okafor, Made it clear that Biafra restoration, will make men of the world know the true lost Israelites in Africa. Our faith has brought us back to our cannan land. A land filled with milk and honey with all human resources. Where in the world have you seen a golden land like Biafra? But yet we’re slaves in our land. Intimidated for being blessed by creator. Biafra and Nigeria is like Cane & Abel in the Holy Bible. Never give up because, the Lord God has given us a prophet who has prophesized at the end We shall emerge victorious.

He Also said, The killings, moleatation, illegal abduction and unjust maltreatment can never deter Biafrans from seeking for their right for self determination which is already at the door awaiting the appointed time to manifest.
Nigeria government and her media henchmen should understand that Biafra is a spirit and can never be defeated by any mortal man.
“Oh yes! Biafrans move on because the wall of Jericho controlled by Buhari has been broken”, He Said.

"Nnamdi Kanu Remains the Saviour of our time, the clampdown on His Home & Biafrans by Nigeria Military is a threat to Global Peace"Says Activist Sunday

"I Can See That Buhari's Brain is Quite unstable, he is a pure Lair, he turns his Words Upsidedown" – Junaid Muhammed Lashes Buhari